The Paytm UPI (Unified Payments Interface) has grown to be bigger than all other platforms combined with an apparent record of 68 million transactions in the month of February 2018. 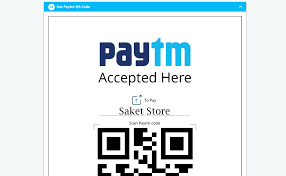 This is an increase of about 33% from its 51 million in the month before. The Senior Vice-president of Paytm, Deepak Abbot, is glad to acknowledge this and says that their main motto is to make online transactions simpler for the user.

With its ever-increasing user base, the company stands ahead of all competition and is not willing to look back. Paytm is the largest beneficiary of the NCPI (National Payments Corp. of India) and the company promoted the demonetization scheme brought forward by the Modi Government, while tremendously increasing its own revenue.

Since the rollout of its full UPI services in November 2017, it has grown to accommodate even the Government provided UPI service – BHIM and became the winner of the race in the UIP market.

But will this change since the bigger giants want a piece of the delicious pie too? Google, Flipkart, and more recently the widely popular Whatsapp have introduced their own UPI services. While Paytm is the oldest in the market, how can it ensure its tyrannical rule against these well-funded companies?

Last month, the founder of Paytm, Vijay Shekhar Sharma lashed out against WhatsApp Payments, probably to avoid competition. He claims that the company is trying to mislead its customers and take advantage of the cash-less India moto. Even with Google’s Tez and Flipkart’s PhonePe, he says, there are security flaws and warns the users to beware of them.

These comments have triggered a debate among the UPI providers which throws light on the fact that the online transaction market is the most sought after at the moment.

- Subscribe us on Google News Get the Latest news updates on WhatsApp & Telegram by subscribing to our channels.
Tags
Deepak Abott paytm upi