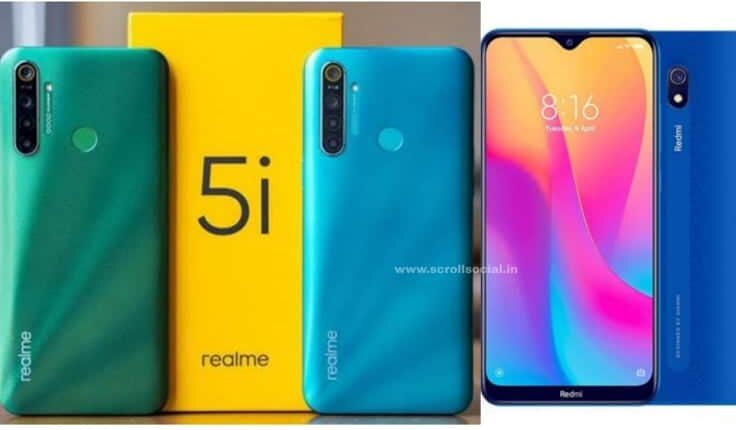 Smartphone users are increasing rapidly in India. While most users prefer to buy smartphones in the budget segment. This is the reason that smartphone companies launch many smartphones less than Rs 10,000 in India. If you are planning to buy a smartphone, then know about some such smartphones, which are available in the market with better features in a lower budget.

Realme C15 smartphone can be purchased at an initial price of Rs 9,565. Talking about the features of the phone, it comes with a 6.5-inch HD + Mini Drop Notch feature. The resolution of its display is 1600 x 720 pixels. The phone runs on the MediaTek Helio G35 gaming processor. It uses 12nm octa-core processing technology. Realme C15 runs on Realme UI based on Android 10. Talking about the camera specifications of the phone, it comes with quad rear camera set-up. Its back has 13 MP primary sensor, 8 MP ultra-wide-angle sensor, 2 MP sensor and 2 MP retro lens only. The phone has an 8 MP AI camera for selfie. A 6,000 mAh battery has been given to power the phone.

The starting price of the Realme C12 is 8,999 rupees. Talking about its features, it comes with a 6.50-inch HD + display. The phone runs on the MediaTek Helio G35 SoC processor. Triple rear camera set-up is given in the back of the phone. Its primary sensor has been given 13 MP while in addition, it has two and 2 MP sensors. The phone has a 5 MP camera for selfie. To give power to the phone, it has a strong battery of 6,000 mAh. It runs on Realme UI based on Android 10.

The Galaxy M01 smartphone is an entry-level device from the company, which offers better value for money. In this smartphone, Samsung has given Snapdragon 439 SoC, which comes with 2 / 3GB RAM and 32GB internal storage. In addition, this smartphone comes with a 5.7-inch PLS IPS HD display, dual rear camera setup. The primary camera of the phone is 13 megapixels and the second lens is 2 megapixels. The front camera is of 5 megapixels. Its price ranges from Rs 5,999 to Rs 7,499.

Best smartphones you can buy under Rs.10000RealmeRedmiSamsungSmartphones
Share FacebookTwitterGoogle+ReddItWhatsAppPinterestEmail