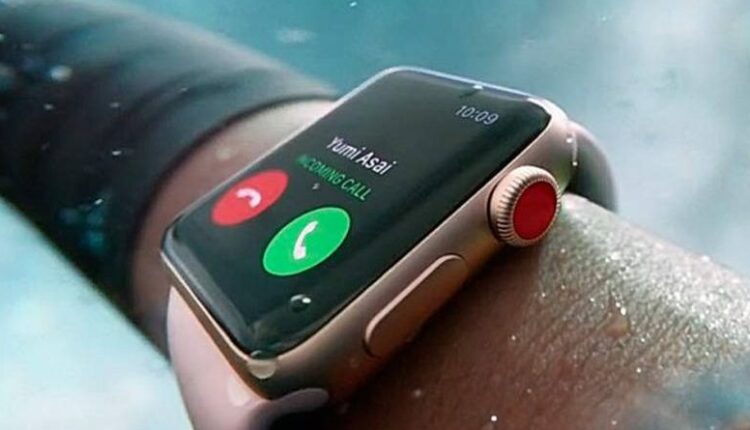 Apple’s latest Smartwatch, Apple Watch Series 4 is all set to be released and it is expected to get released within three months from now. It is believed to sport the newer look compared to its predecessor. Apple Watch 3 was once the best wearable Apple device ever built and it always secured to the top position in the leading Smartwatch list, but it was only the perfect design few years back. The rumoured Apple Watch Series 4 is expected to come with larger screen, bigger battery and also the official sleep tracking application which gives all digital health imitative by Apple. Below is the complete review about the most rumoured Apple Watch Series 4.

The latest launch, Apple Watch Series 4 would sport the WatchOS5 by Apple and this new version includes the enhanced health tracking options and all-new walkie-talkie features and Podcast application. Besides having the health tracking feature, it is expected to come with other hardware upgrade to enhance the tracking and monitoring. The Kuo Predict would also be enhanced and it will give precise heart tracking report. You are also likely to see the new UV tracking feature on the upcoming device. Since Apple has submitted the patent in 2017 about its sunscreen detector, it is expected that the latest series would comprise it. It will detect the sun exposure and generate a notification for users about whether they should apply sunscreen or not.

The new Apple Watch Series 4 is expected to come with bigger batter and it is reported from KGI Securitas. It is rumoured that the Apple Watch Series 4 would get the bump in the battery capacity this year and the larger battery means better life expectancy and good performance for longer sessions. The transition from OLED to MicroLCD display could enhance the battery life of the device significantly. Besides bigger battery, Apple is also planning to launch the watch strap that acts as battery pack. A California based tech giant recently submitted the patent application for auxiliary device attachable to wearable electronic device. This device would transmit power for charging the battery within the wearable device. Apple is also intending to integrate the same concept for wearable device that would support wireless charging.

It is expected that the Apple Watch Series 4 would feature Apple S4 processor and it would come with a update which would offer optimal performance and improved efficiency. The model would come with 16GB of storage and as far as RAM is concerned it would come with a update and increased RAM of 1GB. You will also see a move to the Bluetooth 5 for the latest release of Apple Watch Series 4. The display is also updated and it would feature the efficient MicroLED display which is energy efficient and consumes very less energy and battery power.

The Price and Release

The pricing of next Apple Watch Series 4 is still suspense and it is not yet disclosed. However, it is expected that there will be a modest price increase over the Apple Watch 3 Series because of the larger screen and improved hardware features. It is also expected that Wi-Fi is integrated in the device and it would be the more expensive LTE version.

The release date of the device is not yet disclosed, but it is expected that the device would release by the end of September 2018.