Apple Park campus a beauty to be enjoyed 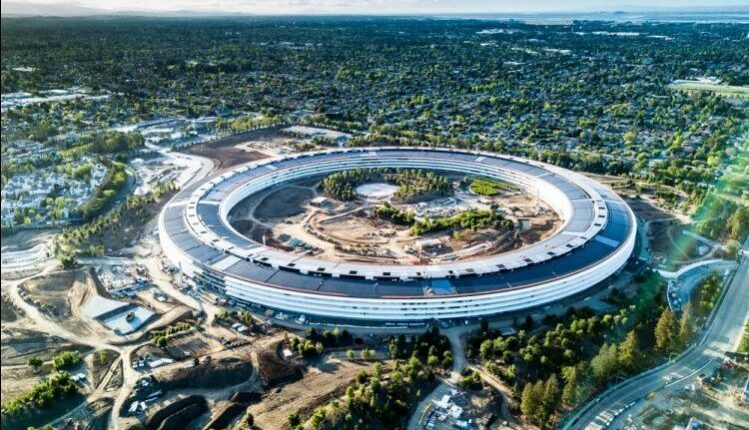 Apple Park Campus: Peoples now a day are addicted to electronic gadgets. Apple provides these peoples with extraordinary features. Apple had built Apple Park with glass walls which have been a place of great beauty and people often fail to see this glass wall and often result in an accidental walk into the glass walls. 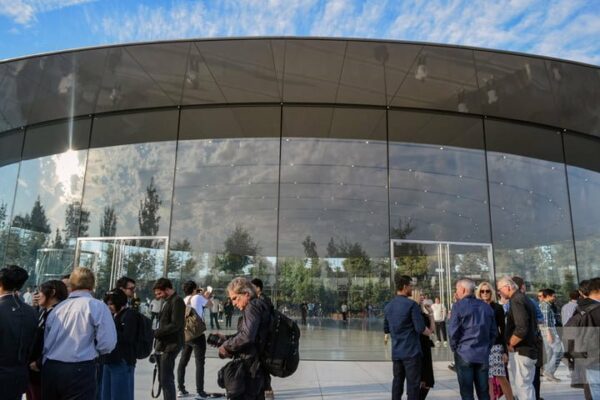 Description: The Apple Park is the park which has been designed in a ring shape and is given a nickname “the spaceship”. It is extended over an area of 175 acres with 2,800,000 square feet of a four-storied circular building and it houses more than 12,000 employees. Eighty percent of the whole site is filled with green space and at the centre courtyard of the main building, there is an artificial pond.

Cafeteria- There are seven cafes in the campus, the largest one among them is a cafe with three level that is having a capacity of 3000 sitting people. A light coloured stone lining is present and there is no metal support. It is surrounded by an extensive landscaping.

There is also an auditorium in the campus which is named as the Steve Job’s theatre who is the cofounder and also the former CEO of the Apple. It is an auditorium which is underground and is having the capacity of 1000 seat.

This auditorium is basically for the launch of the Apple products and different press meetings. There is no support column in the lobby of the theatre and is having cylindrical shaped glass walls that gives a view of 360 degree of the campus. A Dubai based company supplied the 80-short-ton carbon fibre roof that is having a total of 4 identical panels.

There is also a wellness centre which is having the capacity of serving 20,000 employees. Other than gym it is having many amenities like the showers, changing rooms, rooms for group session and laundry services also.

This is a two storied building which is having 20,135 sq ft structure. There are four areas ,one is the Apple Store where all the Apple branded merchandise like hats, bags, T-shirts are available, a cafe, an exhibition space where the 3D model of the Apple Park with augmented reality is there.

This Apple Park is fully based on glasses which maximum people fail to notice so the employees are using Post-its so that they can mark where the walls are. It has injured lot of people however there was no serious issues of hospitalisation but still there were minor cuts and bruises. In the year of 2012 a woman of 83 years has sued Apple after she had walked through the door at an Apple Store and her nose was broken. On the very fast day of opening of the Apple Park seven people were injured. California laws also stated that the employees must be protected from walking through the walls and getting injured, and the company can even receive a fine if proper measures are not taken.

Buying iPhone X worth Rs83,499 is profitable or not

The factors you must consider in your Weight loss diet regime

Apple Vs. Epic Games: Judge forbids Apple from blocking the Unreal Engine on iOS and…