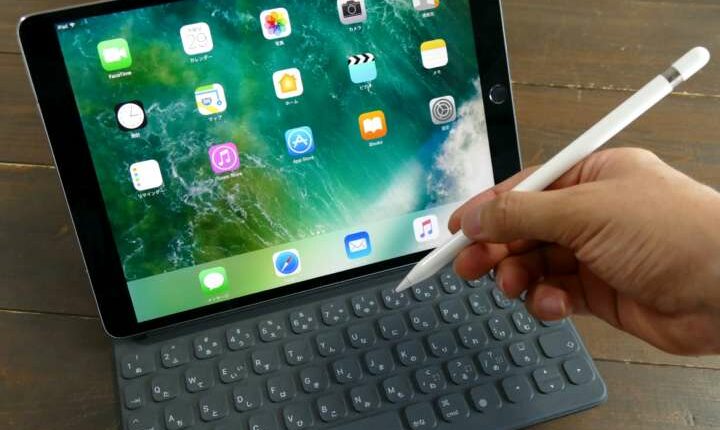 Unlike the two sizes of its predecessors which are approximately identical, the iPad Pro comes with much different and unique screen sizes and it combines a robust camera and some upgraded version of internal hardware. This means that are no reasons left to ignore the smaller iPad Pro than the other bigger versions apart from the price differences and the size. Well, the iPad Pro upgraded version features a 9.7-inch of screen that has lower resolutions and retains the same pixels per inch and this guarantees sharper and vibrant display. Resolution is not just the only feature, instead it comes with wonderful LCD panel that delivers you higher color gamut that is the range of colors that it can display.

The new iPad Pro comes with better trick called True Tone which adapt to the color tone of the screen based on the lighting conditions around you. This makes reading in low light quite comfortable for your eyes. It features much better camera than the other tablets out there. There are more grunts behind the newer iPad Pro as it features 4GB of RAM and faster processing speed.

Holding the iPad Pro in your hand makes you feel like holding a little kid because of edge to edge smaller design. Despite being the smaller version of tablet, it comes with exceptional Touch ID fingerprint scanner that is built into the home button of the device. It has separate power button and volume controls at its side and the lighting port for charging and connecting it to your PC using USB cable. Unlike other tablet range, the iPad Pro design is super model thin which is only 6.9mm to precise. Owing to its slimmer and sheer size you won’t find it difficult to use in one hand. This why the Smart Keyboard becomes to handy for the users. It is connected via three small magnetic points located on the left side of the device. This enables both power and data to transfer.

The thin keyboards for tablets are in trend these days and the iPad Pro’s unit is as good as expected. But it doesn’t include the touchpad and hence you need to use the screen. iPad Pro comes covered with a tough fabric which is both water and dust resistant and it acts as the screen protector for your device. It has the full QWERTY keyboard and low profile keys that help the users to retain the overall slenderness of the device. Unlike other tablets with adjustable kickstands, the iPad Pro comes with one screen angle and this makes it easier for typing.

Where iPad Pro excel is its stability and it offers you a solid foundation whether used on table or on your lap. You will find typing on your lap much easier than your laptop. The keyboard shortcuts also work but only for some selected applications. You will find all the native applications of Apple including Numbers, Notes, Pages and Keynote.

The Apple Pencil actually works like the track-pad, but it is not like digitiser styli that found on Wacom Graphics tablets. It has very less pressure sensitivity levels when compared to other devices. Despite being lesser sensitive, the Apple Pencil is highly responsive and you won’t found any annoying experience with it. It has some tricks up to its sleeves and this is because of the sensors into the Pencil. Just hold on the pencil at an angle and it can easily shade or color it. Apple Pencil would be the boon for people who want extra precision during edition and presentations.

iPad Pro comes with a screen size of 12.9-inch and it is retina ready. It has the resolution of 2732×2048 pixels and oxide TFT layer along with highest refresh rate. Since iPad Pro features 5.6 million pixels, making it the most high resolution iPad ever made. It uses the oxide thin film transistor that delivers uniform brightness across the screen. The screen has the refresh rate of 30Hz which leads to great power efficiency and longer battery life of your iPad Pro.

iPad Pro features the 3rd generation 64-bit processor which deliver much higher browsing speed. It comes with dual core A9X processor and it is claimed to be twice as powerful as the iPad Air 2 which comes with CPU and graphical performance only. It runs at the speed of 2.26GHz and it is supported by the higher RAM of 4GB. The gaming performance on iPad Pro is also solid with 3D Mark. Besides the gaming experience, Apple combined Bluetooth controller and touts the productivity chops as some of the best around. Even editing of 4K videos is the resource intensive task on the machine. But it never skips the cutting, layering and transitioning video on the fly. The camera of the device can also shoot 4K videos and other content. Image editing is impressive and it changes the appearance instantly with new range of Adobe Apps.