Apple Goes Red with its iPhone 8 and iPhone 8 Plus 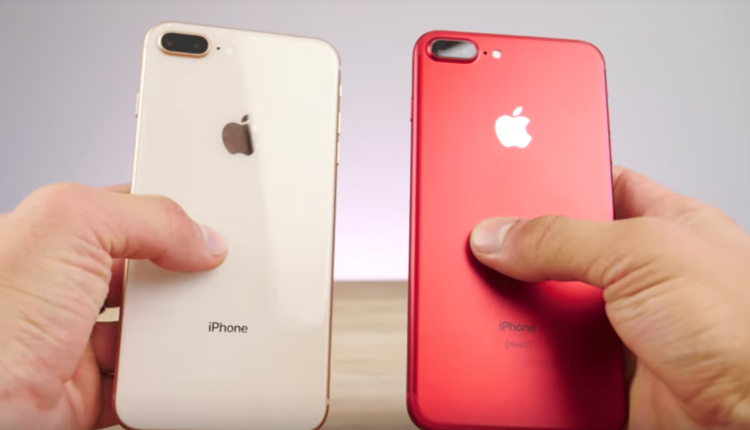 Apple added a hint of red to its iPhone 8 and iPhone 8 Plus this Monday. The red color of this new limited edition of phones represents the Apple’s partnership with RED, a non-profit organization located in Africa.

Product RED was co-founded by U2’s Bono and ONE campaign activist Bobby Shriver to combat AIDS/HIV, tuberculosis and malaria in eight African countries viz Ghana, Kenya, Lesotho, Rwanda, South Africa, Swaziland Tanzania, and Zambia. In the past, Apple has released a number of special (RED) edition iPods, pads, and cases and iPhone 7 in 2017.

Accordingly, MacRumors reports,  a memo from Virgin Mobile, which says that Apple will announce the phone option on April 9th that will be available for preorder. This memo doesn’t verify if iPhone X edition is included or not.

The special edition Product Red phones have same features as iPhone 8 and iPhone 8 Plus but enclosed in a red glass case with aluminum bands and a black front.

The phones will be available for pre-order online in selected countries starting from Tuesday at 8.30 pm (Singapore Time). Apple is also making a Product red leather case for iPhone. Smartphone models with 64GB and 256GB start at $1,148. In countries like Singapore, China, Japan, UK, and the US they are in stores on Friday. The iPhone 8 and iPhone 8 plus models will be launched in April and may in other countries such as Malaysia, Thailand, and India.

Apple was the biggest corporate donor contributing more than US$160 million to its global fund in 2006 when it partnered with a charity in 2006 to release red versions of its phone.