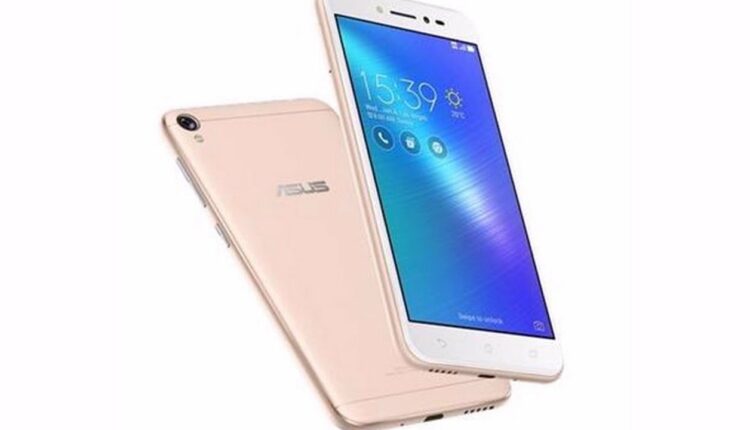 Asus has launched Asus Zenfone Live L1 in Philippines. This phone is the first phone from the company that uses Android go for its operating system but the version launched in Philippines will be using Asus’s Zen UI 5.0 instead of the Android platform like the phone launched in Indonesia in the month of May. These is no announcement yet, as to when the phone will be launched in India.

This device is priced at PHP 5,995 in Philippines which makes it a great phone at a pocket friendly price. It will be available in four colours, Midnight Black, Shimmer Gold, Rose Pink and Space Blue. The device is slated to go on sale on 21st of July and the company is hoping to sell out the device like never before.

Zenfone Live L1 has a 5.5 inch HD+ IPS LCD display. It has a smooth resolution of 440×720 pixels that render an aspect ratio of 18:9. This smartphone is powered by Qualcomm Snapdragon 425 processor which has been paired with the Adreno 308 GPU. Asus Zenfone

Live L1 comes with a 2 GB RAM and a internal storage of 16 GB. This storage is expandable upto 2 TB using a Micro SD.

Asus has put in some really good camera in the phone with a 13 MP primary sensor camera pn the back it also has a phase-detection autofocus. In the front, the camera is 5 MP and has a mixed focus for taking great selfies. Both the front and the back cameras are armed with the capability to click portrait images. For the connectivity, the device has Wi-Fi 802.11 b/g/n, GPS with A-GPS and Bluetooth 4.0 Low Energy.

Like already mentioned the phone runs on Android 8.0 Oreo along with Zen UI 5.0. all these features are supported by a 3,000 mAh battery which is non-removable. Now, that’s one configuration that is a steal at PHP 5,995 which is around Rs 7,500.

How Is AI Changing Your Everyday Life?