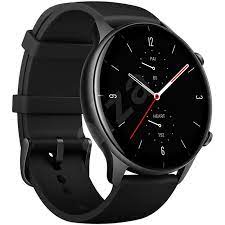 Tech company Huami has announced its spectacular event ‘The Future of Health’. This event will be held on 13 July 2021. In this event, a new chipset and operating system can be launched for the smartwatch. The company’s CEO Huang Wang says that smartwatches will be better with the new chipset and operating system and new health features will allow users to take care of their health. This information has come from a report by Gizmochina.

The company’s CEO Huang Wang has shared a video on his official Weibo account, in which the new interface for the heart-rate monitor has been given. However, it is not clear whether the new operating system will be based on RTOS or not. Apart from this, not much information has been found.

The company introduced Amazfit GTR 2e some time back in the Indian electronic market. Talking about this watch, its price is less than Rs 10,000. Amazfit GTR 2e smartwatch has a 1.39-inch round AMOLED display. Along with this, the smartwatch will get the support of a powerful battery, which gives a backup of 24 days in a single charge. Apart from this, 50 watch faces have been given in the smartwatch including 90 sport modes. At the same time, this device is capable of monitoring stress, heart-rate to oxygen in the blood.

A year of transition for Atos