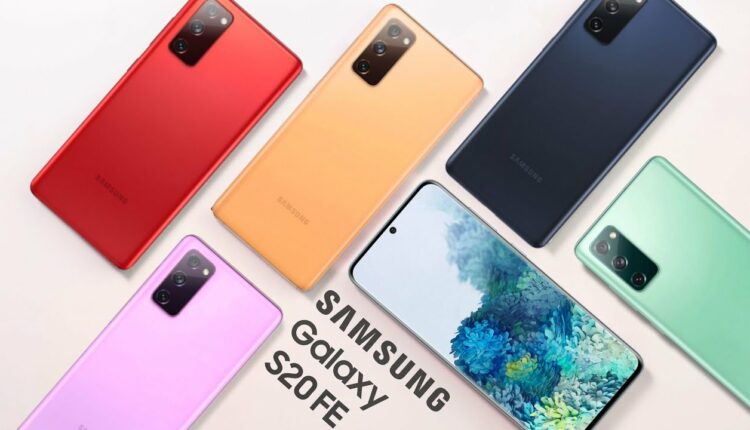 The current pandemic has taken an enormous toll on the market. With lockdowns now being lifted, many companies have launched their new models. However, in the current dire circumstances, many users are hesitating to spend big bucks to get a new phone. Samsung, being the expert veterans in the field, have correctly sensed the public’s nerves, and unveiled their brand new smartphone.

The South Korean company had recently announced the S20, S20+ and S20 Ultra variants. But, to keep up with the current market situation, they brought a new member of the S20 family, the S20 Fan Edition. Samsung has further stated that the new model is a tribute to its long-standing fanbase. Therefore, they have named it Fan Edition, or the S20 FE in short.

The Galaxy S20 FE offers essentially the same flagship features of the other editions, albeit at a considerably lower price. Samsung has removed some of the most expensive features from the handset to keep it affordable and appealing for a more comprehensive section of customers. Still, it boasts robust specifications that include a display of 120Hz refresh rate, IP68 water resistance, dual stereo speakers, 5G connectivity and wireless charging. Moreover, the Qualcomm Snapdragon 865 powers it. Other editions of the S20 family runs on the very same processor.

Aesthetically speaking, the S20 FE has the same designs as the Galaxy Note 20. It comes with a polycarbonate body with a matte finish. The rear camera alignment contains three lenses: a 12MP main, a 12MP ultra-wide angle and an 8MP telephoto for 3x optical zoom. As for memory and storage, it features 8GB of RAM and a 256GB expandable storage.

Reportedly, Samsung already had plans for such a handset. The company initially intended to introduce it sometime later. However, because of the current pandemic situation, the tech giants fast-forwarded their plans. Thus, the phone will launch on 8 October in the US. The company has kept the starting price at $699, which roughly translates to INR 51,434. So far, Samsung has only revealed details of the US launch. We expect them to announce the launch and pricing details for the rest of the world and especially India, very soon.