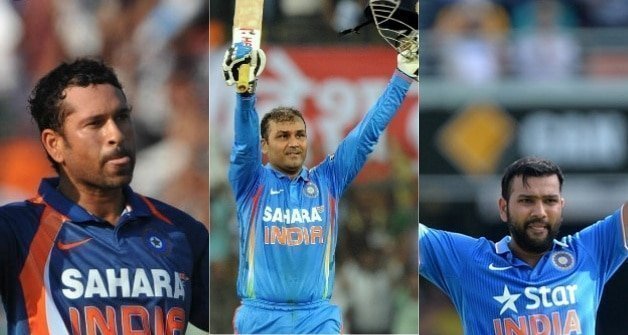 Cricket is not just a game in India it is a religion. We love cricket to the core and the game holds a special place in everyone’s heart. We just do not love cricketers we adore and celebrate them. Cricketers like Sachin Tendulkar, Sourav Ganguly, Rahul Dravid and Virender Sehwag are legends and admired by millions of people in the country. Cricket plays a very important role in putting our country’s name on the global map.

The country has produced many extraordinary cricketers. Currently, Virat Kohli is the best batsman in the world. The Indian captain has been breaking multiple records on the daily basis. The country has also witnessed multiple cricketing records, which is still unbreakable. Check out the Top 5 Unbreakable Cricket Records Set On Indian Soil, which is still not broken.

1. Most Number of Double Centuries

Cricketing God Master Blaster Sachin Tendulkar became the first cricketer in the world to hit a double century in ODI Internationals when he scored 200 in Gwalior. After some time, our flamboyant batsman Virender Sehwag scored 219 against West Indies in Indore. HItman Rohit Sharma broke all the previous individual batting records when he scored 264 against Sri Lanka in Kolkata. He is also the only batsman in the world, who has scored two double hundreds in ODI Internationals. India is the only country in the world, where four double centuries have been scored.

Indian opener Rohit Sharma became the first man in the history of cricket to score more than 250 runs in an ODI international. On 13th November 2014, he scored 264 runs while playing against Sri Lanka at his favorite ground Eden Gardens in Kolkata. Currently, he holds the records of highest individual score in an ODI match. India ended up scoring 404 runs for Sri Lanka to chase. In reply, Sri Lanka was able to score only 251 runs.

Chris Gayle is one of the best T20 players, he is known for his power hitting capabilities. He holds the record of the fastest T20 century, which he scored in Bangalore. All hell broke loose when Chris Gayle started hitting the ball out of the park on 23rd April 2013 against PWI. Gayle scored 100 in just 30 balls. The record has not been broken yet.

That match between Royal Challengers Bangalore (RCB) and Pune Warriors India (PWI) in IPL 6 was historic in every way. Several world records were broken that day in Bangalore. In that match, RCB posted a mammoth target of 263 runs in 20 overs. The record is still unbroken.