Examining the Rise of Fantasy Cricket 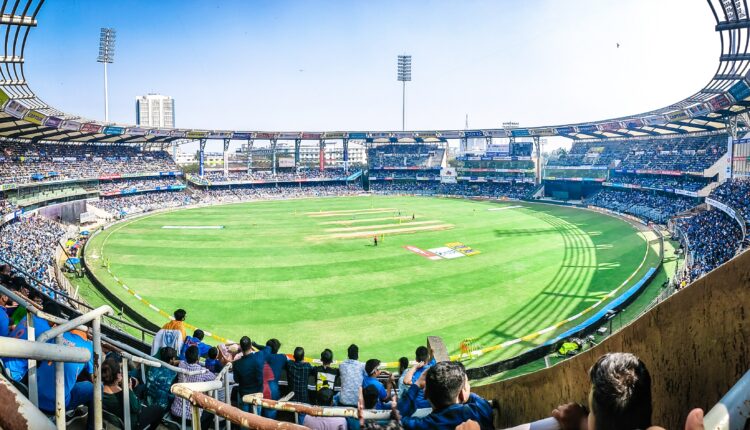 The rise of fantasy cricket goes beyond words and is also going beyond numbers since everyone wants to understand what it has to offer. The activity, which is closely linked to India’s favourite sport, has seen takers from all around the world and in India, the numbers continue to rise. It is known to be one of the most popular genres in the gaming world with financial estimates going up to $5 Billion by 2021.

While India started small with few gaming platforms, the segment has grown immensely and is also slated to touch ₹. 18,700 crores by 2022. And based on reports by KPMG, the IPL fantasy league will also rise and could be worth around $1 billion. So let’s take a closer look at this particular rate of popularity and understand the impact of fantasy cricket in India.

What is Fantasy Cricket?

If you’re not aware of fantasy cricket, it’s high time that you change it as the activity is on the rise. It is nothing but playing cricket in a fantasy world where you could see the likes of Virat Kohli teaming up with Andre Russel. As a result, it involves selecting a team and witnessing them play the game in real-time, thereby providing you with points. The more points you earn the better because you can begin to get a lead over your opponents.

So for fantasy cricket to take place, you require a match between two teams, need to select 11 players from these two teams and then watch them in action. Points will be distributed based on how the player performs. For example, if Virat Kohli is in your team and he smashes the ball out of the stadium, you will be receiving points and if you have named him your captain or vice-captain, you can receive double the points based on the terms and conditions of the gaming app.

It is that simple and getting started will not be taking a lot of your time, which also brings us to the main topic of the hour. How is it so famous and what drives its popularity? Well, let’s take a look.

Reasons Behind the Rising Popularity of Fantasy Cricket

Cricket has always been a sport where obsession has no peak. The amount of joy and sorrow that the sport offers leads to a bag of mixed emotions that keep us coming back and placing ourselves in front of the TV screen or at the stadium to watch our favourite stars in action. We have always loved cricket and with fantasy cricket providing a spin, everyone was keen on trying it out.

We are never really short of cricket tournaments and games because every league is followed by another major series that goes on for days and weeks. Moreover, some of these tournaments involve the shorter format of T20 cricket, which is more exciting for some as they go about watching it and forming a team to play fantasy cricket. Since the shorter format is much easier and interesting, people believe they have an edge over it and want to make it count with fantasy cricket.

Fantasy cricket is driven by different gaming apps that bring in terms and conditions that are quite unique. These conditions not only promote a player to explore fantasy cricket but also encourage them with rewards and various other prizes. As a result, the creation of interest has worked well for fantasy cricket and as well as

cricket betting online. Moreover, the system also helps you choose your own team, which is another interesting aspect of fantasy cricket.

What You Need to Know Before Playing Fantasy Cricket

While coming forward to play fantasy cricket is as easy as it sounds, there are a few factors that you need to consider. So read the following set of points to understand what we are talking about.

Fantasy cricket does help you choose players of your choice. However, there is a limit to the formation and you cannot go about choosing anybody. You can select a starting Ⅺ of your own as long as their value adheres to the prescribed limit. Due to that, creating a balanced squad is an important part of fantasy cricket and you will always be able to proceed forward in a proper manner with a squad that has the right players.

Fantasy cricket brings in an element of financial risk and it is quite important to be aware of the same. The impact that it can cause is another factor that makes it a significant point and why you need to learn how to avoid the risk. Being able to play responsibly is the manner of approach that we all need to follow. So if you are able to cope up with these aspects, you can go about playing the game and also look out for other alternatives.

For example, apart from fantasy cricket, you can also play andar bahar and various other activities that are turning out to be popular.

The captain and the vice-captain bring the most points thus making their selection an important one. Not only should the players be in great form but they should also have the potential to play on a specific pitch. As a result, analysis, previews and various other articles are needed to learn how to select the best players for placing them as your captain and vice-captain.

Without a proper form of analysis, you can see yourself making the wrong decisions, which is something we need to avoid while playing fantasy cricket.

Fantasy cricket is on the rise and for the better part of the future, it will continue to do so. The exciting nature of the activity is crucial in attracting people and helping them come on board to explore fantasy cricket. By following the different terms and conditions and by understanding how the process moves forward, players can play fantasy cricket and look towards it for good.

The different kinds of tournaments and leagues also make fantasy cricket expansive and you will look towards every league with ease. Hence, that sums up our take on the popularity of fantasy cricket.

Allardice starts his stint as CEO of the International Cricket Council