Zlatan Ibrahimovic extends his contract with AC Milan till 2022

Ibrahimovic, about to turn 40, renewed his time with the Italian giants as he continues to be in great form and provides countless contributions for the club. 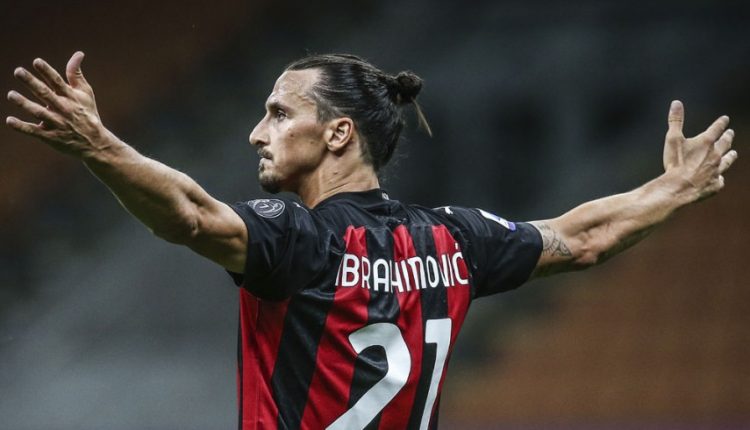 AC Milan announced on Thursday confirming that Ibrahimovic had signed a one-year contract extension. As per his social media account, Ibra Tweeted “The Saga Continues.” The Swedish striker is expected to maintain the same salary of €6.5 million per season.

Zlatan has been one of Milan’s top performers with 15 Serie A goals during the 2020-21 season and seemingly still has plenty to offer, despite the fact he will turn 40 later this year. Francesco Totti of AS Roma was the last striker in Serie A to continue playing at this age till 2017. Ibra motivates to stay in form by comparing himself to his prime self from his golden reign, and he doesn’t seem to stop.

“AC Milan has announced that the Club has extended Zlatan Ibrahimović’s contract,” a statement on the club’s website read.

“AC Milan is the Club for which Zlatan has played the most in Italy. After scoring 84 goals in 130 appearances with the Rossoneri, the Swedish striker will continue to be wearing the red and black jersey next season.”

Staying with Milan, currently placing second in the Serie A table, will provide the 40-year-old with another chance to play in the Champions League again. The Italian giants have won the European competition seven times but haven’t played in the same since 2014.

“I feel very happy. I waited for this day, and now I have another year, which is what is most important to me,” Ibra told Milan TV.

“I always said, playing for Milan is like being at home. I love the way the Club makes me feel, all the people who work here, my colleagues, the coach, the fans who I really miss in the stadium. This is like my home. If I can stay here for life, I would.”

While playing for Milan this season, Zlatan also became the third player in the 21st century to reach the 500 club goals on 7th February after an easy 4-0 win against Crotone. Just after the prime competitors Lionel Messi and Cristiano Ronaldo.

Recently, the striker was called back to be part of the Swedish football team even after announcing his retirement from international football in 2016. He is just that good.

Merck Foundation Africa Asia Luminary 2021, 8th Edition to Be Conducted on 27th to 29th April 2021, With 19 African First Ladies as Guests of Honor