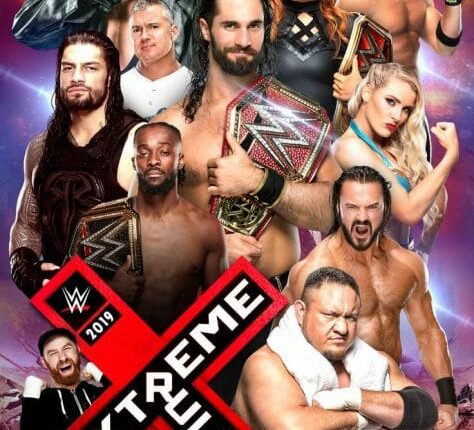 The WWE or the World Wrestling Entertainment is the pinnacle of the wrestling entertainment industry, but the sudden rise of the AEW has hampered the viewership as well as the reputation by a certain degree. WWE will need a major comeback to nullify the increasing threat offered by AEW and other upcoming shows. This week WWE has a perfect chance to redeem themselves with the Extreme Rules broadcasted this Sunday live on the WWE Network.

WWE Extreme Rules this Sunday promises some heavy firepower. Considering the matches that are lined up we are in for a treat. With no restrictions whatsoever all major matches will be according to the extreme rules. So, expect flying chairs, tables, trash cans and of course our favorite “WWE superstars”.

The most awaited matchup of Extreme Rules will be the mixed-tag winner-take-all match. With Champions on one side and challengers on the other, this could be an iconic duel. Universal Champion Seth Rollins and Raw Women’s Champion Becky Lynch will look to defend their titles against Baron Corbin and Lacey Evans. We will have to wait and watch if Brock Lesner does make an entry during or after the match as he is yet to cash in his Money in the Bank contract.

In another match, Kofi Kingston will defend his WWE Championship against Samoa Joe. Although another bout to look forward to will be AJ Styles vs. Ricochet. Be ready for the fiercest of duels because this bout will not be a cold one.

WWE SmackDown Results 2019 : Everything you need to know