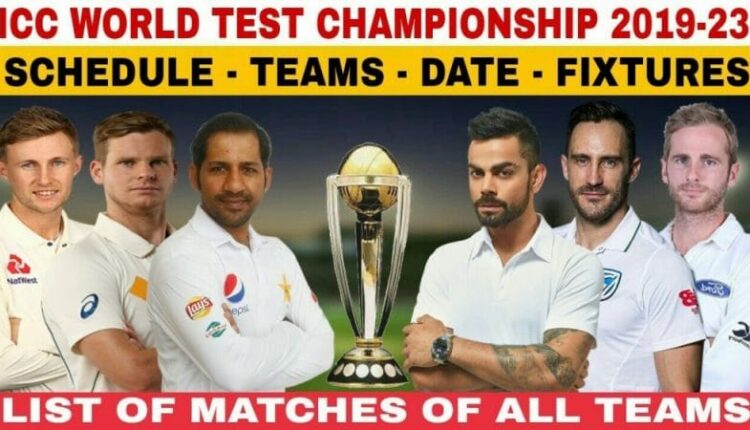 The ICC has finally announced the official commencement of the World Test Championship 2019-21 which has been something which every cricket fan was wishing for from a very long time. The matches for this multi-nation mega tournament has already began on August 1, 2019 with the first test match of The Ashes that is taking place at Edgbaston.

The International Cricket Council (ICC) has tried to simplify the rules and regulations of the tournament as much as they could be but there could be still a sense of confusion in the minds of people. So, let’s clarify and try to answer all doubts and questions that are there in our cricket fans.

What exactly is the World Test Championship 2019-21?

We come across various multi-nation T20I and ODI tournaments that are played regularly after a particular period of time but nothing of that sort existed for Test cricket till date. This tournament is just there to fill-in the Gap and find the best five-day playing nation in the world

What is the necessity of having this Championship?

Test Cricket is believed to be the purest form of the game where it gets to know the real skills and technique of the players by testing them for a long five-day period. But there is a trend that was being inculcated that majorly all the home teams were winning the series and the visiting sides were getting sidelined.

So, in order to remove that fashion from test matches and bring in a sense of more contest amongst the teams, it has been launched. It will also help in bringing the long lost interest of the cricket fans back to the longest format.

How many teams are participating in this WTC?

How will the matches be played at this Championship?

Each participating team will get to play a total of six series out which three of them will be played at home and three will be the away series. Each series will consist of 120 points and the division of the points is as given below:

What will be the schedule of India at this WTC?

India will begin their campaign for the World Test Championship on August 22 with the first Test match against the West Indies. Here is the full schedule of the Indian Team that will take place in the WTC:

How will the winner of the World Test Championship be decided?

The top two teams at the end of all the series will play the final match in June 2021. The tentative venue for the ultimate match is decided to be the Lord’s Cricket Ground, England for now but it is yet to be finalized.