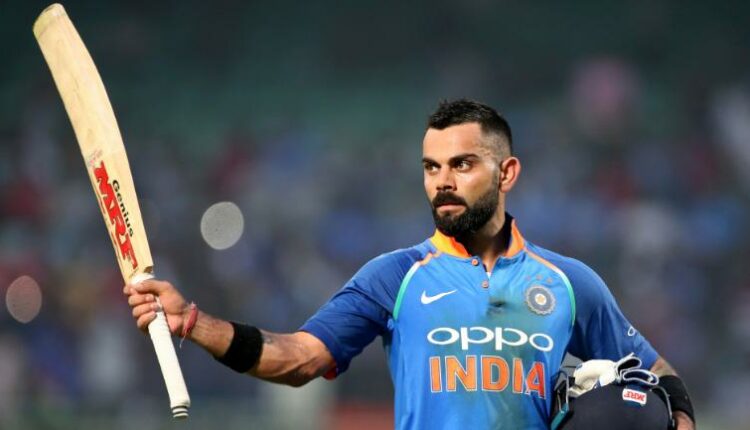 “Do what you love and the money will follow “.  Rare is the time when we follow what we love and earn money as well. Imagine earning Rs 174 Crore at the age of 30. It sounds quite impossible. Earning so much money at such a young age is something that people don’t dream to achieve even in their wildest dreams. But if you are popular and loved in the most popular game of India, it is for sure that your earnings are set to touch the sky. Now allow me to mention the person who is earning this. It is none other than Virat Kohli, the face of Modern Indian cricket.  In 2019, his net worth is said to be $25 Million.

It is really very difficult to mention all the achievements of Virat Kohli as the list is endless. But here are a few of them. For two consecutive years, 2017 and 2018, Kohli was awarded the “Sir Garfield Sobers Trophy” by ICC. The trophy is awarded to the best cricketer of the year and is a massive achievement for any cricketer.

It is said that coming events cast their shadows before they actually take place. Kohli had an affinity for cricket right from the age of three. There were 5 members in his family, his mother, his father, his two siblings and Virat himself. With an elder brother and an elder sister, Virat is the youngest child of his parents. Virat Kohli started taking formal coaching in cricket at the age of 9 and was praised by his coach for his dedication and love for the game.

Virat Kohli represented Delhi in 2002-2003 Polly Umrigar Trophy in the Under-15 category, where he became the leading run-scorer. Post this, he became Delhi’s Under-15 captain for the next season. Since then there has been no looking back for this ace cricketer. In July 2006, Kohli was included in India’s Under-19 squad for its England tour.

The dedicated player went a day late for his father’s funeral because he was playing a Ranji Trophy match against Karnataka. Despite getting the sad news of his father’s death, he continued to bat and was able to contribute 90 runs to the team’s total. For this gesture of his, he was praised by both his coach and the then captain of Delhi.

Virat Kohli captained India in the 2008 Under 19 Cricket World Cup, where India beat South Africa by 12 runs to claim the Trophy. Kohli’s selection to represent India in the Sri Lanka tour of 2008 came as a surprise to many since Virat had played only 9 List-A matches prior to that. India won the series by 3-2. For the first time, India won a series against Sri Lanka in Sri Lanka.

Due to the absence of many key team players, Raina was appointed the captain of the Indian team during a tri-series against Sri Lanka and Zimbabwe in May-June 2010 and Virat Kohli was made the vice-captain. Although India lost the series, Virat Kohli became the fastest Indian batsman to reach 1,000 runs in ODI cricket during that series.

It was his fine and consistent performance along with that of other team members that Indian won the 2011 ICC Cricket World Cup and put an end to a 27-year wait for the title.

Currently, Virat Kohli is leading India in 2019 ICC Cricket World Cup and let’s hope that India creates history in England by winning the World Cup for the third time.

It has been rightly said that “Money won’t create success, the freedom to make it will”.