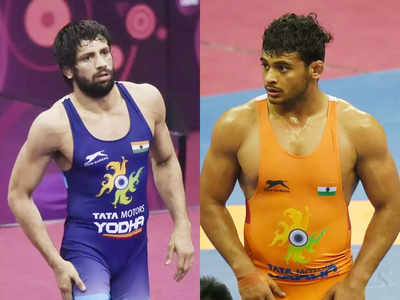 India’s Ravi Dahiya won 14-4 against Georgi Vangelov of Bulgaria in the men’s Freestyle 57kg wrestling 1/4 Final and booked a place in the semi-finals while Deepak Punia continued his good show with a win against Zushen Lin of China 6-3 in the men’s Freestyle 86kg wrestling 1/4 Final to qualify for the semi-finals. In women’s wrestling, India’s Anshu Malik lost her bout to Iryna Kurachkina of Belarus 8-2 in Freestyle 57kg 1/8 Final.

Prior in Round 1 Ravi won against Oscar Eduardo Tigreros Urbano of Colombia by 13-2 with specialized prevalence over enter LAST 8.

Deepak Punia won his session just in last seconds. Punia was nearly end when he dealt with an expert move to clobber Chinese Lin Zushen with just 5 seconds to go.

In Round 1 Deepak won through Technical prevalence against the Nigerian Ekerekeme Agiomor.

In the interim Anshu Malik missed out to Belarus’ Iryna Kurachkina in the 57 kgs opening round.