Real Madrid and Chelsea drew 1-1 in the first leg of the Champions League semifinals on Tuesday. Pulisic and Benzema bag one for their teams. 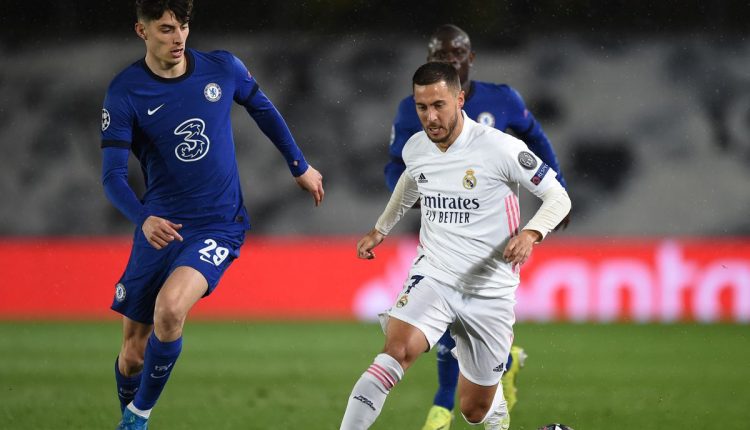 The first half of the game was utterly dominated by Chelsea. Early on, Christian Pulisic headed the ball across the face of the goal supplying it to Timo Werner; in a one-on-one against the former Chelsea keeper Thibaut Courtois, Werner shot on target from a close range such as six yards, but Courtois showed his class and turned it into a brilliant save.

In the 14th minute, Antonio Rudiger released a defensive long-ball which found Christian Pulisic safe and sound. Pulisic conjured a good run, then dribbled past Courtois and shot into the net, going past Raphael Varane and Nacho. He became the first American to score in the Champions League semifinals.

Although slowly, Madrid began to play with more energy, denying Chelsea of possession of the ball, Real was able to turn it around for the Blancos in the first half itself. Short corner taken by Toni Kroos reached Marcelo, who crossed it towards the goal. Casemiro further headed it in finding Benzema, who after a head control volleyed a brutal strike, rocketing past the still Edouard Mendy.

Madrid is still affected by their injury curse; they were without Sergio Ramos, Ferland Mendy, Lucas Vazquez, and Fede Valverde. On the bright side, Dani Carvajal and Eden Hazard recovered their way out. Hazard got a nice 24 minutes to compete against his former club. Although he was unable to turn things around for Real, he told BT Sport, “It’s always good to play against friends.”

“The result is fair,” said Zinedine Zidane. “Our first half wasn’t the best. Their pressure caused us difficulties, but we adapted, and in the second half, we were better.”

In the end, it could be seen as two highly progressive teams putting down a good fight ending in a fair draw. The second leg is on 5th May, hosted by Chelsea in London for the final showdown between the two.