With a few hours to go before the club's big game with the English League champions, Madrid confirmed that Frenchman Raphael Varane was tested positive for Coronavirus, leaving him out of the match squad alongside the injured captain Sergio Ramos. 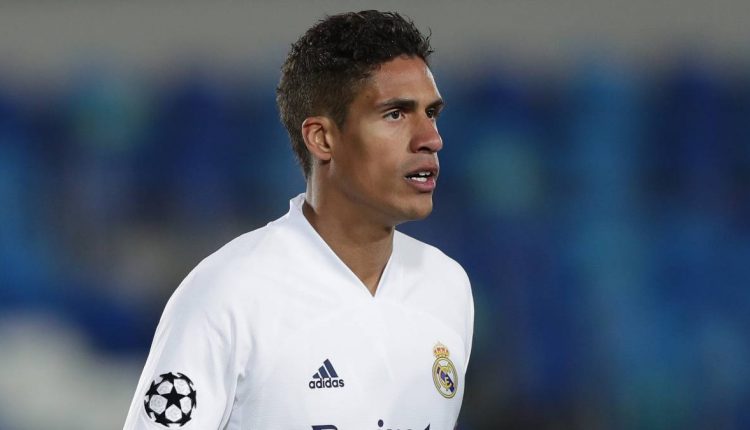 The Spanish giants have suffered two massive blows to the very heart of their defense, the first one with El Capitan, Sergio Ramos out due to an ongoing muscle injury, and now Raphael Varane on being tested positive for Coronavirus just a day before big the Champions League game against their grudge-held rivals, Liverpool. Real Madrid will be without their first-choice ironclad central defenders for the game against Liverpool and probably the second leg at Anfield on April 14.

It was confirmed by the club as the Blancos have posted in a statement on their official website: “Real Madrid CF informs that our player Raphael Varane has given a positive result in the Covid-19 test that has been carried out this morning.”
This ruled him out of the Champions League quarterfinal first leg against Liverpool on the coming Tuesday. Along with being forced to sit out on potentially both the legs with Liverpool, the Frenchman will also be absent for the El Clasico encounter with their arch-nemesis Barcelona.

Zinedine Zidane is set to start the 13-time European champions with the apparent choice, Nacho Fernandez, alongside Brazilian Eder Militao at the heart of his defense in the first leg.

This news cannot have come at a better time for the Reds as the rage and the will for revenge for the 2018 Champions League final, which Real won 3-1, still burns within these players. And especially for Mohammed Salah to show his worth against the Blancos after suffering a terrible arm injury post his rabid encounter with Sergio Ramos.

Jurgen Klopp’s Liverpool is due at the Alfredo Di Stefano stadium on Tuesday evening and will hope to the full advantage of the news that Madrid’s another key man is set to be missing out. This might their time to get some retribution.

Amid the growing Covid cases, Mumbai to remain close till 30th April