The first leg of the UEFA Champions League quarter-final between Bayern Munich and PSG at the Allianz Arena ended in a dramatic 3-2 defeat for the German club. This encounter with Paris has become a result of Bayern's first defeat in the Champions League in 20 games, a streak lasting more than two years. 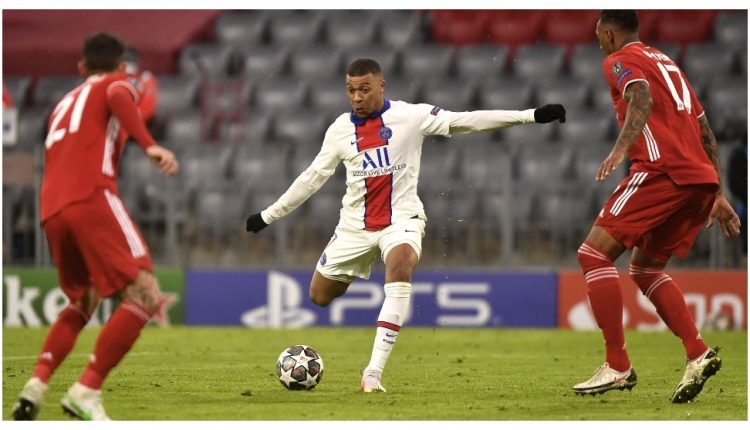 Kylian Mbappe opened the scoring minutes after the kick-off. A goal as early as in the third minute was threatening to the reigning champions and the Sextuple winners of the year. PSG’s second goal was scored by their captain Marquinhos after a beautiful cross by Neymar Jr. from was just ahead of the half-line, giving the visitors a crucial two-goal lead.

Bayern Munich could not replicate their form of last year where they beat PSG convincingly in the 2019/20 UCL final. Surprisingly, for The Bavarians, their captain Manuel Neuer cost them the game with a shocking mistake that resulted in PSG’s early goal putting pressure on the opposition from the start. The German goalkeeper missed the PSG forward’s strike as he allowed the ball to go through his legs and into the back of the net.

Although, whatever the outcome may be, PSG did a splendid job to protect their side as best as they could have, especially Keylor Navas. Bayern fired a total of 31 shots; 12 on target, Navas made ten superb saves; meanwhile, PSG had a total of 6 shots overall.

Bayern certainly missed the golden touch of their highest goal scorer, Robert Lewandowski. He is down with a knee injury and will probably miss out on the second leg with PSG as well. Former PSG player Eric Maxim Chupo-Moting started for the German giants and ended up reducing the margin by contributing one powerful header goal making it 2-1.

Around the 60th minute, Bayern was awarded a free-kick from close range, taken by Joshua Kimmich. He drove the ball into the penalty area just perfectly enough to find Thomas Muller at the receiving end of it. With a classic header, Bayern equalized the score.

It wasn’t long before the player in the limelight; Kylian Mbappe scored his second of the night minutes after the equalizer. With a fine use of his pace and a fake shot to trick defender Jerome Boateng, he delivered a low drive to the bottom-left corner past Neuer.

Paris Saint Germain now will start the second leg at the Parc Des Princes with a  goal advantage and three away goals in hand. Undoubtedly, this is the worst situation Bayern have been in after a long run of victories.

When the revolution of 1857 started on the call of Mangal Pandey, India’s first freedom struggle