Bayern won the match but lost the overall game. The last year Sextuple winners and European champions were bested in Tuesday's match by Paris. 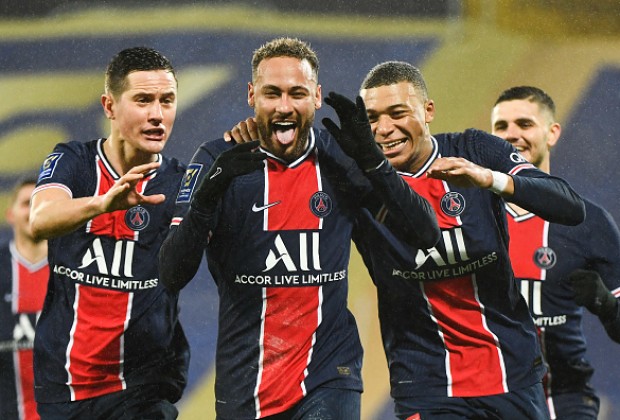 Paris St Germain reached the Champions League semi-finals despite a 1-0 home defeat by the current champions Bayern Munich on Tuesday. They thrived on away goals after a 3-3 aggregate result in a close-quarter match between two top teams.

PSG, which had strived at times in Munich, had the most straightforward chances but lacked ability. Neymar was hitting the woodwork twice, and Kylian Mbappe’s speed again proved tough to handle.

Bayern applied the pressure early on, but PSG threatened at the counter. Mbappe and Neymar had the early chances in an error-strewn start.

In the 40th minute, Bayern striker Eric Maxim Choupo-Moting headed the only goal of the match after Keylor Navas deflected Alaba’s shot. Still, it was not enough to secure their victory as the Paris players had the advantage of two away goals from the first-leg in the 3-3 score.

Neymar’s frustration was clearly visible as he struck multiple times but couldn’t get through, three times on target, which Neuer deflected onto his post, a splendid curved effort that banged against the bar, and another attempt that hit the post after he was played through by Mbappe.

Angel Di Maria created another brilliant chance; the winger controlled a long ball provided by Mbappe with ease and passed it onto Neymar going past Neuer. Neymar did not time it well and missed the chance. Even a single touch by the player would have brought it home for the French giants.

“We have deserved to win these two ties, but I don’t think that makes us favorites now,” said Mauricio Pochettino, and yet there is a significance to the teams they have knocked out.

PSG was able to finally exact their revenge upon the Bavarians for the 2020 Champions League final. Now, into the semis, They have to gear up for their next opponent being the likes of either Manchester City or Borussia Dortmund.