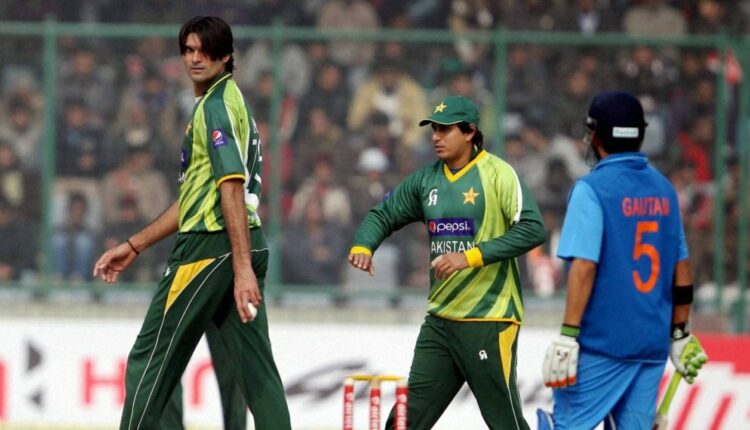 Pakistan’s pacer Mohammad Irfan recently made a massive statement that he was the reason behind why Indian batsman Gautam Gambhir’s career got finished. He said this in an interview with Pakistan’s news channel Samaa.

“During the series against India, they were not comfortable batting against me. Some of them even told me that they could not read my delivery or watch it carefully during the 2012 series in India because of my height and pace,” Irfan told this to ‘Samaa’ channel.

Mohammad Irfan is also the tallest cricketer to play international cricket and he also made his T20I debut during that series against India in 2012. He managed to dismiss Gambhir four times during that limited overs tour which included both T20Is and ODIs. Gambhir could only play a single white-ball series after that for India (vs England) before being dropped.

“Gambhir didn’t like to face me during the match or even when both teams had nets, I always felt he tried to avoid an eye to eye contact with me. I remember I got him out four times during the 2012 limited over series and he was always unnerved against me,” Irfan said.

As the interview progressed, he went on to say that he never claimed that Gambhir’s career ended up because of him but it was some who congratulated him for ending Gambhir’s white ball career.

After the 2012/13 series in winter against Pakistan, Gambhir appeared in just one more ODI series against England. He was not seen playing white-ball cricket internationally as he did not get picked up by the selectors.

Irfan also recalled in the interview that Virat Kohli also faced difficulty while facing his bowling. He said that Kohli told him while batting that his pace used to trouble him a lot and he could not read him.

Indian Twitteratis took no time in responding to it and making fun of the out-of-action Pakistan’s paceman. Hilarious memes got viral all over the internet and #GautamGambhir also started trending