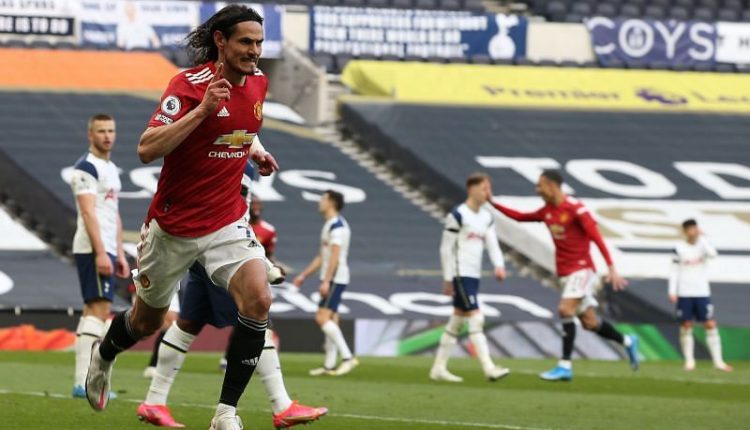 United cemented their second-place standing in the Premier League with another come-from-behind victory on the road. Since last facing the Spurs, getting trashed 6-1 at Old Trafford, United got their revenge with three goals by Fred, Edinson Cavani, and Mason Greenwood in a 3-1 victory.

The Uruguayan striker scored one in the first half that ended up being ruled out by VAR. As Cavani celebrated for his opener, Heung Min Son was seen lying on the ground for quite a while after Scott McTominay’s hand struck Son’s face. The foul seemed unintentional, and the South Korean’s behavior was looked upon as an overreaction by the United players.

Ole Solskjaer was particularly enraged at this decision. “The game has gone … game has absolutely gone.” Ole said.
“If that’s a clear and obvious error, it’s an obvious error he had to look at it. It was a perfectly good goal.”
“We shouldn’t be conned. I have to say, if my son stays down for three minutes and he needs his ten mates to help him up, he won’t get any food.” He added.

It was ultimately Son who then opened the scoring; minutes after the disallowed goal bagging a lead for the home side, concluding the first half. Also, he received racial insults immediately across twitter in replies to a tweet from Tottenham’s official account and in the comments section on his most recent Instagram post.

United turned things around after the second-period kick-off. Cavani on the ball, shot from a short distance to be deflected by Lloris’s hands onto Fred. He then rockets the ball into the top net.

The second half was dominated wholly by United. Edinson Cavani was a constant runner throughout the match and made plenty of chances. In the 79th minute, his diving header to the right put United 2-1 up. The 19-year-old Mason Greenwood sealed their victory after a strong shot past Hugo Lloris in the second half’s added time.

United now has 63 points after the win and sits second in the table, while Spurs sit seventh and have 49 points as they are now six points off the top four with seven games to go.

For the Ex-United manager Jose Mourinho winning a trophy for the Spurs is an absolute priority as they have not won a single major league trophy since 2008. Also, seeing the team, he was sacked from making exquisite progress in all competitions is bound to start a fire.

Isn’t Lisa Haydon the sexiest and coolest mommy in the industry? Haydon flaunts her baby bump at the beachside!