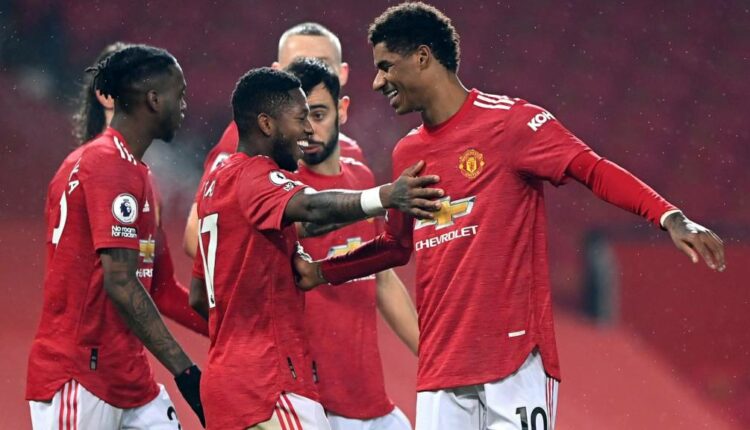 It was not long back when Southampton suffered the same fate with Leicester City at home in October 2019 as 17 months later the scoreboard read the same for Saints. That’s right. 9-0, twice under the management of their coach Ralph Hasenhuttl have they been obliterated now. This is the second time Manchester United ended the game which such a scoreline. The previous one was back in against Ipswich Town in March 1995.

The visitors, forced to play almost the entire game with 10 men after Southampton’s 19-year-old midfielder Alexandre Jankewitz who was making his first Premier League start was shown a straight red card for a heavy challenge on Scott McTominay roughly 2 minutes into the match.

With Southampton already playing one man down, it wasn’t long before the score went from nil to 4-0 in the first half. The contributions were done by; United fallback Aaron Wan-Bissaka with a tap-in after a lovely cross by Luke Shaw, Marcus Rashford with a one-touch, Edinson Cavani bagging his first one at Old Trafford with a smooth header. And a mistake by Southampton center-back Jan Bednarek resulted in an embarrassing own-goal concluding the first half of the match.

With a secure scoreline, United in the second half made three substitutions. Anthony Martial, Donny van de Beek and, Daniel James set foot on the field. Towards the 69th minute it was Martial, through the lack of defense scored a thumper past McCarthy into the roof of the net. Shortly to McCarthy’s nightmare Scott McTominay scored low-drive from outside the box again due to reckless defending making it 6-0 for the Reds.

If this doesn’t seem enough torture for the Saints watching through their screens, Southampton’s Jan Bednarek was sent off during the 86th minute after a foul challenge to Anthony Martial inside the box. This resulted in a late penalty which when taken by United’s Bruno Fernandes with 12 goals this season easily saw the back of the net.

It wasn’t over there, with 3 minutes to 90′, Anthony Martial hit his second one of the night and during the added time youngster Daniel James made it 9-0 for the Reds with a successful tap-in past Alex McCarthy.

Ole Solskjaer and his team finally showed their ruthless side and they now equalize for the top of the table with Manchester City with 44 points in the Premier League. The goal difference between them now is only five less than City’s.