After three straight exits at the Champions League's last-eight stage, Pep Guardiola's side reached the semi-finals after victory over Dortmund. 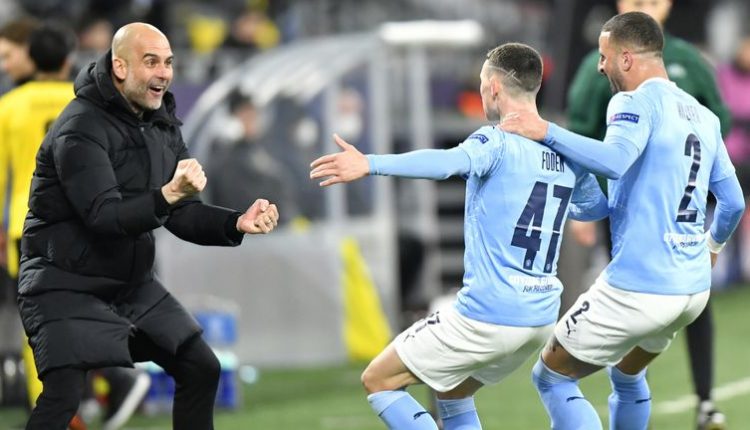 Manchester City defeated Borussia Dortmund 2-1 again in the second-leg. This time at the Signal Iduna Park. The aggregate 4-2 score ensured City’s place in the Champions League’s semi-finals and kept their hopes of a quadruple alive.

England midfielder Jude Bellingham reclaimed a goal as redemption for the previous leg. It gave Dortmund an early lead, but after a controversial handball by Emre Can in the second half, Riyad Mahrez’s penalty equalized the score. Phil Foden’s 75th-minute powerful strike moved City into the last four of Europe’s top club competition.

The 17-year-old Jude Bellingham became the second-youngest scorer in the Champions League’s history after Bojan Krkic, who scored his first for Barcelona in the 2008 Champions League fixture against Schalke.

Borussia Dortmund put up a worthy competition but suffered a loss; moreover, they might not be able to qualify for the UCL this year as they are currently placing 5th on the Bundesliga table with 46 points; 7 points below the 4th place Frankfurt.

Manchester City now prepares for their match on the 27th of April against the French giants, PSG, packing serious firepower in the attack positions and could cause trouble among the Blues.

Delhi Government wrote to Central Government to consider Journalists as frontline workers, so they can get vaccinated

Union Government engaged in smooth supply of oxygen to hospitals