Madrid march into the Champions League's semi-finals after a goalless second-leg with their Premier League rivals Liverpool. 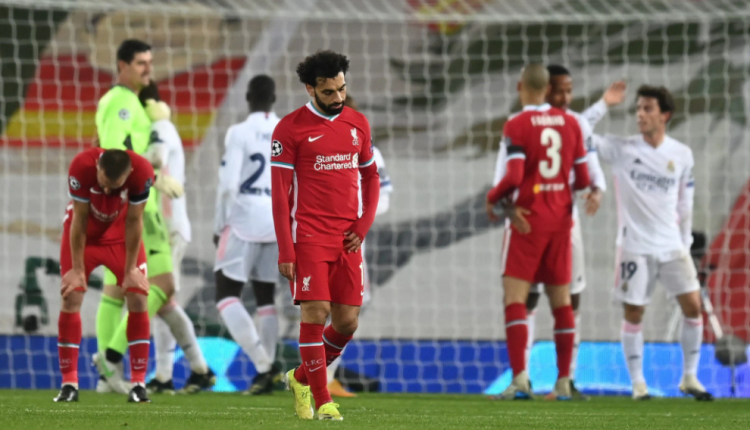 History repeats itself three years later as Real Madrid knocks Liverpool out of the Champions League on Wednesday. The Galacticos faced the Reds into the second leg of the quarter-final stage ending 0-0 but 3-1 aggregate from the previous fixture.

Liverpool will not win a trophy for the first time in three seasons, failing to make a final for just the second time in the Jurgen Klopp era.

There was no attack initiated by Liverpool that wasn’t blocked by the Blancos’ centre-backs, defensive midfield, or the man in goal, Thibaut Courtois.

Early on in the game, a one-on-one situation came to be among Courtois and Mohammed Salah. Salah, past the defence, shot straight towards the goal. Courtois easily shot it off with his foot. James Milner came the closest to score with a well-taken shot, but at the end, blocked off over the bar by Courtois again.

A combined effort on a counterattack by Vinicius Jr and Karim Benzema also went in vain. Liverpool’s keep, Allison took on them both, one by one saving his side from further humiliation.

Eder Militao and Nacho Fernandez fully exceeded the outcome of Zinedine Zidane’s expectations. They proved to be an ironclad medium of defence against the Liverpool strikers.

“We knew it was going to be difficult considering who we were playing, we know how hard it is to play here, but the team did a fantastic job and every player played their part.” Said Player of The Match, Casemiro.

After a baffling Premier League run, Jurgen Klopp had hoped that they could make it up with some European Championship victory. However, his side looks well shy of the chances they created in the previous two seasons.

“You always need the key moments. We didn’t lose the tie tonight, we lost in Madrid. We didn’t score and then the experience of Real Madrid played the tie out,” said Klopp.
“We love this competition and for other reasons it is very important we are back in it. We can now concentrate on the Premier League and we will.”

In the last four, the Spanish side will face Chelsea as they search for their fifth Champions League title in eight years.

Q1 2021 Key Trends and Opportunities in Construction in India to 2025 – ResearchAndMarkets.com