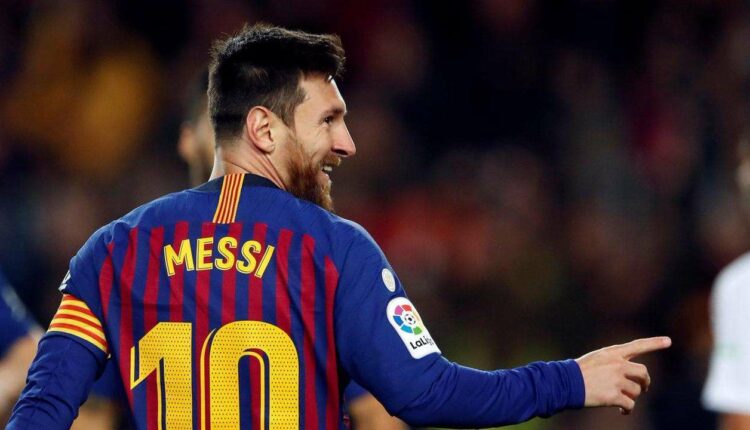 Born on June 24, 1987, footballer Lionel Messi of Argentina has mesmerized his fans since the onset of his football career. He is the captain of his country, Argentina, and his Spanish club, FC Barcelona. Unlike well-built modern day footballers, Messi is slightly built and is 170 cms in height but his impressive performance on the football field has made him one of the best football players of all time in the cutthroat industry of football.

Lionel Messi, at the age of thirteen, moved to Spain and joined FC Barcelona and by the age of seventeen, he has already made his competitive debut. He had a rough start to his career as he was prone to injuries but all he knew was to grin and bear it. He made a quick progression and soon came to be counted among the best players of the club and by the time he turned 21, he had established himself as Barca’s key player.

Though he ended up being the finalist of both Ballon d’Or and FIFA World Player of The Year awards in the year 2008, it was in the year 2009, at the age of 22, he made his first spectacular achievement as he bagged both the titles. His streak continued as he won the former title for four consecutive seasons, that is from 2009 to 2012.

One of the high points of his career was when he led Argentina to gold in the 2008 Beijing Olympics beating Nigeria. In the season of 2011-12, he scored the highest number of goals in the La Liga League and the World and thus was the top goal scorer for both his teams, FC Barcelona and Argentina. That year turned out to be a glorious for him as for the first time he lifted the UEFA Super Cup and Club World Cup it was followed by another successful year with Lionel Messi laying his hands on fifth La Liga title.

Years passed by and Lionel Messi continued to achieve lots of success in his career. With Five FIFA World Player of The Year awards, eight Spanish La Liga titles and four Champion League wins with Barcelona, made Lionel Messi stand amongst the top ranked footballers in the world. Lionel Messi’s s spectacular achievements even overshadowed the achievement of players like Ronaldo And Neymar

The football fan base is divided into Cristiano Ronaldo and Lionel Messi camps. Be it a football fan or not, the Ronaldo-Messi rivalry is known to all. They are not only counted among the best players of this generation but among the greatest that the game of football has seen.

They are neck and neck so far as their sporting achievements are concerned. Both have won the

FIFA Best Player of the Year Award 5 times. They are among football’s most successful and decorated players ever with a total of 63 titles to their credit. While Messi has won 34 titles, Ronaldo is not far behind with 29. Both have broken the “50 goals in a single season” barrier on regular basis. They are among a handful of players who have scored more than 500 career goals. Ronaldo is ranked 5th in the list of all-time highest goal scorers and Messi is ranked 6th.  This rivalry is no ordinary sports rivalry, well to be honest, it is one of the biggest in the history of sports. It has been compared to Federer-Nadal, McEnroe-Bjorn Borg, Muhammad Ali-Joe Frazier rivalries. Sports journalists and pundits keep debating the individual merits of the two players but they are unable to conclude as to who is the better of the two.

In the year 2016, Lionel Messi called it quits after Argentina, led by him, was defeated by Chile in Copa America Finals. The Argentinian fans were left bewildered as they wanted Lionel Messi to continue playing for their country. But Messi was understandably downcast as Argentina lost a fourth major final in nine years. All this led to his retirement decision which was later reversed by him. He returned to the team, as he thought that various issues have to be resolved, to make the team stronger and he preferred to help the team from within instead of criticizing it from outside.

In the year 2018, with Andres Iniesta gone, Barca made Lionel Messi its new captain and he lifted his first trophy as a skipper the same year. Today Lionel Messi is known as the best footballer in the world and he continues to entertain the world with his wonderful play.