West Ham has regained their position in the top four as their statement to the Champions League. Lingard takes the brace as his elite form is imminent since after leaving Manchester United on loan. 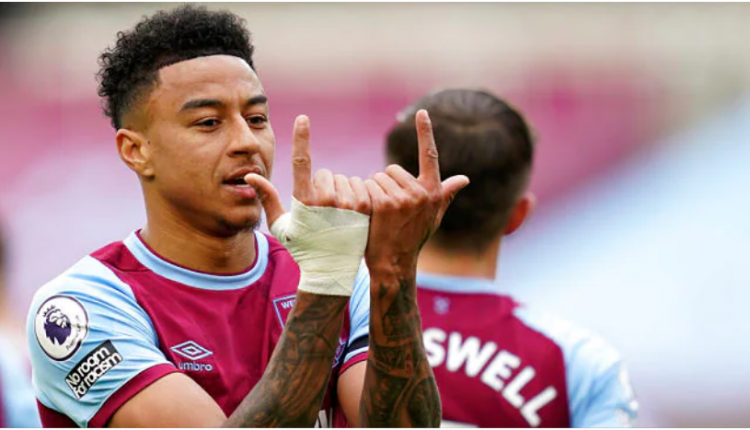 On Sunday, West Ham beat Leicester City 3-2, securing the 4th position on the table as the latter, who is just one point above them, are seeing their chances to qualify for the Champions League vanishing.

Jesse Lingard volleyed into the goal from the edge of the box in the 29th minute. Following this, Lingard strikers again before half-time as Jarrod Bowen timed his run perfectly and found the striker in the centre past Kasper Schmeichel to score an open goal.

Lingard has now scored eight Premier League goals in nine appearances. His brace today and a third from Jarrod Bowen moved West Ham back into the top four and put them just one point behind third-placed Leicester City.

In the early stages of the second half, An interplay of passes between Lingard, Soucek, and Bowen with a simple finish tripled it for the Hammers.

Kelechi Iheanacho managed to pull one back at the 70th minute with a powerful drive from the central area just outside the box, flying past Dawson and Fabianski, making it 3-1. Iheanacho, who can no longer be called the under-study, struck again in the second half’s added time. After a low cross from Albrighton hailing past every player, Iheanacho made the final touch, scoring his second and last for the night.

According to The Telegraph, Brendan Rodgers was unable to stop a late-season collapse last year, when Leicester fell out of the top four, and there must be growing fears that history is set to repeat itself in the coming weeks.

Back to the player under the spotlight, Jesse Lingard at the Hammers’ is having a season of his life, and it was him who made the difference for his new team. David Moyes’s decisions this season were pristine for the club, but signing Lingard on loan must surely be the best of them.

West Ham is one point ahead of fifth-placed Chelsea and two in front of Liverpool with seven games to go for all three teams, the fight for the top-four continues.