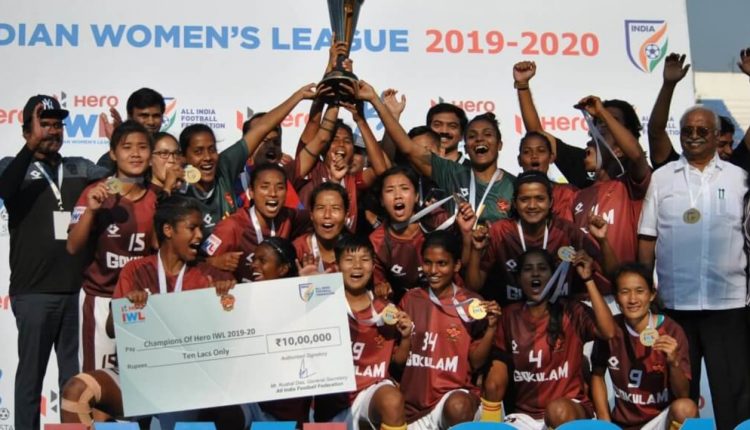 The Indian Women’s League, originally scheduled to be held in Odisha later in April, has been postponed indefinitely due to given circumstances of the rising COVID-19 cases in the state, the All India Football Federation (AIFF) stated on Tuesday.

This season, the final round of the Indian Women’s League was initially set to begin on April 21 with 12 teams, in what would have been its fifth edition. The entire tournament was going to be held in Odisha. However, The arrangement was considered after discussion with Odisha Sports over the rising abundance of COVID-19 cases in the state while keeping in mind the player’s and officials’ safety and security.

The AIFF said their release statement, “Based on request and discussion with Odisha Sports over the rising number of Covid-19 cases in the state and adhering to the Covid-19 guidelines of the Government of Odisha along with keeping in mind the safety and security of the players and officials, the Hero Indian Women’s League scheduled to be held in Odisha later this month has been postponed until further notice. The AIFF, along with Odisha Sports and the participating teams, will be taking stock of the situation once the health parameters improve.”

The advancement came three days after the AIFF reported the postponement of the play-off matches officially scheduled to begin in Delhi from Wednesday for the Indian Women’s League.

According to sources at ESPN, The Coronavirus cases in Odisha have been on the rise, with more than 500 cases on Monday and Tuesday. The state reported 588 new cases on Tuesday after 573 infections on Monday.