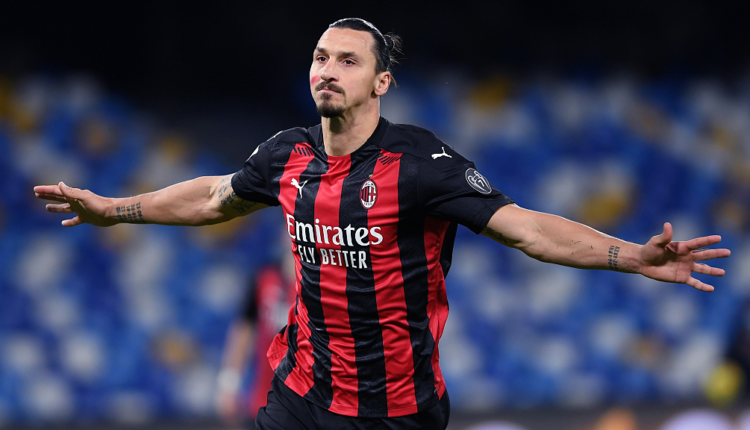 Zlatan Ibrahimovic scored the 500th and 501st goals of his club career on 7th February after an easy 4-0 win against the bottom-of-the-table F.C. Crotone. About to turn the big Four-O this year, Ibra still plays like he is in his prime throughout his career as a football legend.

Ibrahimovic opened the scoring 30 minutes into the game at San Siro; home to Milan after being assisted by Rafael Leao for his 500th strike. He then doubled it another 30 mins with a tap in assisted by through pass from Ex-Real Madrid left-back Theo Hernandez.

Ibrahimovic is now into his 24th season as a professional, having played for nine different clubs, beginning his professional club career in 1999.
The 39-year-old hit the ball into the top right corner in the first half to reach the 500th milestone. He started his club journey in 1999 at a Swedish club Malmo FF where he scored 18 goals before starting his reign at other football clubs from Europe to America.

Zlatan is the third player in the 21st century to reach the 500 club career goals just after the prime rivals Lionel Messi with 651 and Cristiano Ronaldo with 661 goals. The next potential player in-line is the Polish and Bayern Munich striker, Robert Lewandowski with 463 goals so far.

AC Milan with 49 points is at the top of the Serie A table with its derby rival Internazionale Milano or Inter Milan who recently won 2-0 against Fiorentina only 2 points behind and Juventus with 42 points winning their last 5 games, 3 in Serie A and 2 in Coppa Italia stay 3rd on the table.

Predicting the winner for this year’s Serie A would certainly be a tough call because anything is bound to happen since the Italian giants are in their top form!