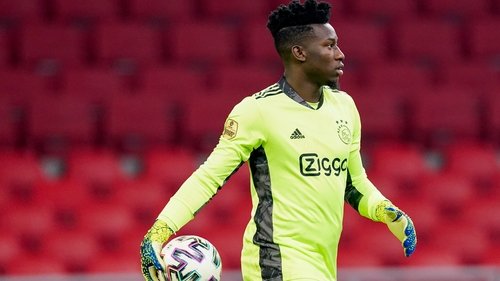 Consumption of banned substances or performance-enhancing drugs is highly frowned upon by any sports committee. Doping in football is not as frequent as compared to other athletics such as running, cycling, or swimming. In football, the usage of these drugs result in increased strength or stamina. A player who is doping might have an edge over the other players in extra time, or be able to increase his or her speed for crucial matches.

Andre Onana, who has been on the radar of Borussia Dortmund, Chelsea, and Tottenham as his contract expires in 2022. The 24-year-old has proven himself as a prominent player for Ajax making 142 appearances for the club and 15 caps for the Cameroon National Football Team.

On Friday 5th of February, Ajax goalkeeper Andre Onana was handed a yearlong suspension from all football competitions as he failed a doping test which is taken on a regular basis and is mandatory for all the players. They found traces of a substance called Furosemide in his urine which is banned in football because it can cause a rapid loss in weight and can act as a masking agent to shadow its effects.

According to the Cameroonian, he claimed that he accidentally had consumed medicine which was prescribed for his wife, mistaking it for an Aspirin.

The officials on Ajax’s website stated: “On the morning of October 30, Onana was feeling unwell. He wanted to take a pill to ease the discomfort. Unknowingly, however, he took Lasimac, a drug that his wife had previously been prescribed.
As of now, Onana is banned from all tournaments like Eredivisie, Europa League for this season, and even International Matches for Cameroon.

Ajax currently are at 50 points at the top in Eredivisie with PSV a good 7 points behind them. Andre Onana’s absence can be a burden for Ajax and also may compromise their chance at yet another Dutch league title.