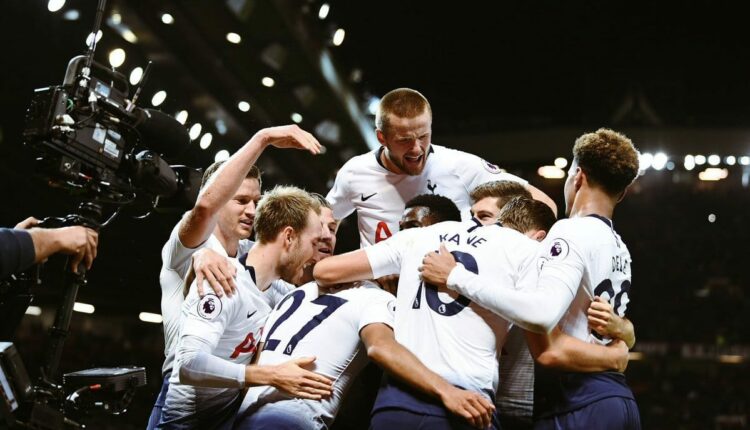 Tottenham manager Mauricio Pochettino enjoyed his first triumph at the Old Trafford for the first time after an array of defeats to Manchester United, without even scoring a goal. The 3-0 win over United meant three consecutive victories in the League for Spurs, whereas the Red Devils suffered back-to-back defeats.

The aftermath of this 0-3 thumping, getting handed two defeats in opening three League games for the first time in his career, saw United manager Jose Mourinho walking out of the Post-match Press Conference, shouting ‘respect, respect, respect!’ and even taking a dig at other managers. Mourinho said: “Three-nil. What this means? 3-0 but also means three Premier Leagues. And I won more alone than the other 19 managers together.”

Lucas Moura was brilliant for the Spurs. After a not-so-happening first half, Harry Kane struck the first blood at the 50th minute. After just 133 seconds, Moura scored at the 52nd minute. Moura put the London club three up at the 84th minute. Even though United enjoyed 57% ball possession and 23 shots, they were largely ineffective as they had only 5 shots on target and left to rue Romelu Lukaku missing a sitter. United basically played a 3-5-2, Spurs lined up in a 4-3-3, sometimes reverting to a diamond and 4-2-3-1.

Man of the Match Lucas Moura had 35 touches, 26 sprints and 2 goals in the match.

Last gameweek United lost because they played against 2 teams: Bright and Hove Albion.

And tonight also they lost because they played against 2 teams: Tottenham and Hotspurs.

It's a conspiracy against Man Utd.

Lucas Moura on the bus talking about Lindelof, Smalling and De gea after the game pic.twitter.com/7rtnwV1LX9

United defense was particularly poor, especially Centre-Backs, Lindelof, Jones, and Smalling. Left-back Luke Shaw had a fantastic game, probably he was the best Red Devils player on the pitch. Pogba had an extremely poor game, a 4/10 performance. In United’s actual starting back three with Smalling and Jones, Herrera had a poor game. Pogba, Matic, and Fred- all three were poor in the central midfield. In the first half, Lingard was fantastic, working hard and pressing high. Lukaku and Lingard should have scored between themselves but they could not get United a result.

Wonderful footage of Harry Kane’s brilliant header this evening for Tottenham Hotspur to set us on our way to a 3-0 win at Old Trafford against Man Utd.

Look at the scenes in the away end from those Spurs supporters.

If you’re thinking that Lukaku had a bad half, you should have seen him training before the game… #MANTOT pic.twitter.com/kbOX16A4zu

@RomeluLukaku9 You have to attend extra classes @MoSalah house and then you will never miss this kind of chance again #YNWA pic.twitter.com/tntZolpgvA

The Video highlights of the match:

Royal Enfield Thunderbird 350- All you need to know