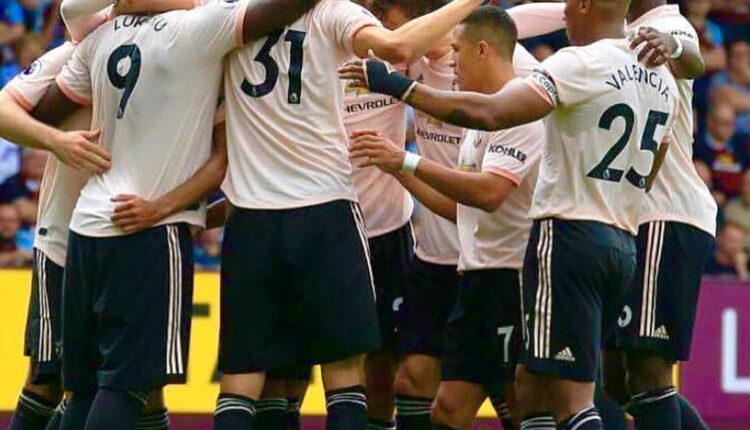 The fixture was an eventful one. The United fans threw their full support behind manager Jose Mourinho and anti-Ed Woodward banner (‘Woodward is a specialist in failure’) was flown above the stadium. Lukaku scored in 27th and 44th minutes to double the lead for the Red Devils. Take a look at the Lukaku goals:

United should have scored four but Burnley goalkeeper Hart came out with some fantastic saves although he was at fault for Lukaku’s opener as he should have done better. Burnley was exhausted following their testing Thursday encounter with Olympiacos at the Europa League and United just exploited that. Pogba missed a penalty at the 69th minute, also missed a chance to score denying Lukaku from a potential hattrick in the second half. At the 71st minute, rash Rashford was shown a red card for headbutting Bradsley.

Fellaini was brilliant for United in the middle of the park as he allowed other United midfielders to break free and feed the forwards. Broke up opposition attacks and was fantastic aerially as well. Rashford later apologized for his red card, he said: “Emotions got the better of me, I shouldn’t of reacted like that. Sorry to everyone at the club and all the fans.”

Mourinho thanking fans at the end of the game today. #Mufc #Burnley ?⚪️⚫️

Left-back Shaw was particularly brilliant. Also, the linkup between Sanchez and Lukaku was a major highlight.

? It's hotting up at Turf Moor as Rashford is shown his marching orders!

Find out what he was dismissed for and see Pogba's penalty miss here: https://t.co/7TMOeezXDL pic.twitter.com/XCSm1wPmNk

After the match, Mourinho quipped: “I am delighted and some of you (media) must be disappointed.” The boss also said that Pogba can continue taking penalties if he wants.