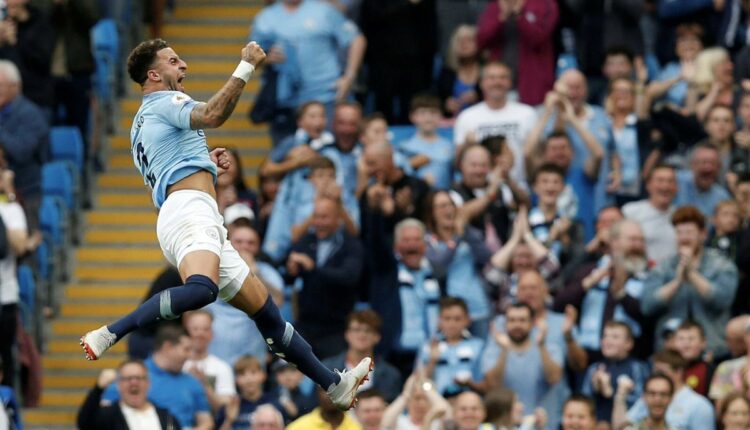 Manchester City emerged victorious at the Etihad Stadium over Newcastle to keep the pressure at Liverpool and Chelsea, who are occupying the top two places at the League table after four matches, before going into the International Break.

It was a vintage Pep Guardiola football by City. Tucked in, attacking, overlapping fullbacks, short passes, 15 yards passes, quick transitions, creative midfield and lethal attack. City would have scored more goals had they not been wasteful.

Raheem Sterling provided City an early lead at the 8th minute after Newcastle skipper Lascelles gave space to City fullback Mendy, who fed to Sterling for the well-taken goal.

Newcastle Right-back Yedlin pulled one back beautifully at the 30th minute to score his first Premier League goal for Newcastle. The full-back churned out a gut-busting 70-yard run and brilliantly scored from Rondon cross.

Just into the seventh minute, City right-back Kyle Walker scored a 30-yard piledriver, undoubtedly the strike of the day, at the 52nd minute to hand City the lead.

Here is the strike:

Guardiola reaction after the goal:

Guardiola told BBC Sport: “To start with 10 points from 12 is a good start for us. We dropped to points against Wolves but the performance was quite good and we created chances. I am not disappointed in the way we played. If you don’t win a game then it is important to win the next one.”

Benitez told BBC Sport: “I am really pleased with the effort, mentality and team spirit. We were in the game for a while. We gave the ball away or the first and the second was a great goal.”

Kompany was presented with a memento for his ten years of service for the Citizens. Leroy Sane was a notable absentee from the squad amidst rumors of his attitude problem.