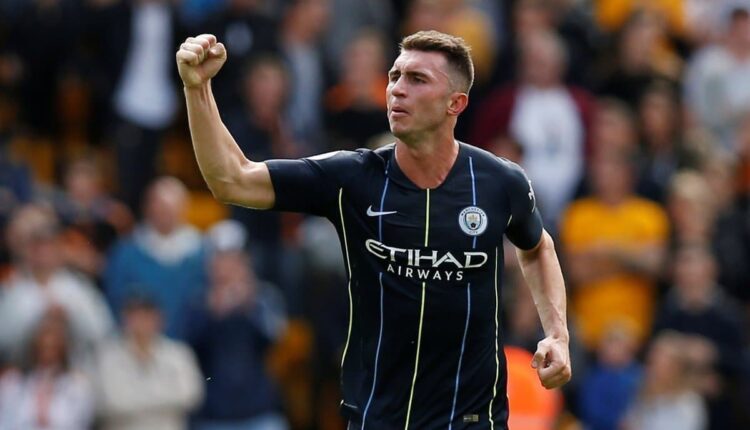 Defending champions Manchester City were held to a 1-1 draw at Molineux against a spirited Wolverhampton as the sides shared a point. Despite the 72% ball possession the Citizens enjoyed, or their 6 on target goal attempts compared to 2 of Wolves, the match probably resulted in a fair result as the Pep Guardiola side was a bit off color today.

Wolves’ Boly gave them a lead at the 57th minute as his header undid Ederson. Since the ball touched Boly’s arm too, the post-match controversy took place but during the game, neither City players, nor the referee spotted it. Laporte equalized at the 68th minute as Gundogan’s pinpoint delivery met his fantastic header. However, the City goal was scored from an apparent Sterling dive.

Funny Moment of the match:

Ederson: The goalkeeper was fantastic once again between the sticks and saved Costa’s attempts, was not much at fault for the Wolves goal.

Kompany: Made his 250th appearance in the Premier League today as the first Belgian but he was poor, making rash and untimely challenges.

Laporte: His bullet header earned City the draw. Was solid defensively, as well as operating as an attacking outlet. Maintained his no-defeat record at City.

Mendy: His foul throw generated a lot of laughter. The full-back never looked interested in defending, as he was interested in attacking only. Mendy provided width and depth in the attack on the left.

Fernandinho: Made many mistakes, was below average today. Only glaring chink in the midfield armor of City. Wolves’ Ruben Neves outclassed Fernandinho through and through.

Gundogan: Above average. But his cross to Laporte was class.

Bernardo Silva: The best City midfielder in the first half, controlled the tempo well.

David Silva: Was brought down but probably not good enough for the penalty. Below par as per his own standard.

Sterling: Looked sharp. Forced Patricio to make a brilliant save.

Aguero: FPL merchants were disappointed too as the striker wasn’t impressive, hit the woodwork twice.