Tottenham Hotspur have emerged victorious against Chelsea with a margin of 3-1 in Premier League on Sunday. The defeat against Spurs will decrease the chances of the Blues to finish in the top four in the Premier League this season. Chelsea are now at the fifth position in the League Table. They are eight points behind the fourth-placed Spurs side with only seven games left.

Tottenham Hotspur have not defeated Chelsea at Stamford Bridge in recent years. Mauricio Pochettino came at Stamford Bridge to get at least one point from the match. Their best player Harry Kane is suffering from an injury. Harry Kane is now one of the top contenders to win the Golden Boot in the Premier League this season. The absence of this player was a huge setback for Tottenham Hotspur before the match.

Antonio Conte has chosen Alvaro Morata over Olivier Giroud in the Starting XI of the Blues. Eden Hazard and Willian were as usual at both the flanks. The pair of Cesc Fabregas and N’Golo Kante was preferred for the big match. Victor Moses and Marcos Alonso were able to keep their place in the Starting XI. Antonio Rudiger, Andreas Christensen, and Cesar Azpilicueta were there in the three men defense of Chelsea in the match. Willy Caballero was chosen over the first choice keeper Thibaut Courtois as the last man of defense.

Alvaro Morata has given the important leaders in the match to the Blues. But, the lead was not sustained long. Christian Eriksen equalized the scoreline for Tottenham Hotspur with a screamer just before the halftime. The scoreline was 1-1 at Stamford Bridge at the halftime mark.

It was the battle of the strategy between two masterminds, Antonio Conte and Mauricio Pochettino to come at the top of the match. In this case, Mauricio Pochettino has come on top of Antonio Conte after the halftime. Dele Alli’s back to back two goals right after the 60-minute mark, has given Tottenham Hotspur a lead of 3-1 in this important match. The players of Chelsea got several chances. But they were unable to convert those chances into goals. Callum Hudson-Odoi and Olivier Giroud also came in place of Alvaro Morata and Victor Moses. They were ineffective too for the Blues in front of the Goal. The Blues need to rebuild the team next season to come back stronger. 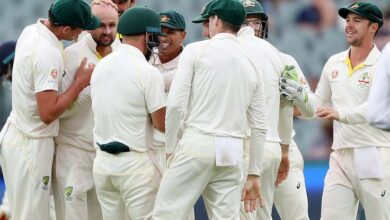