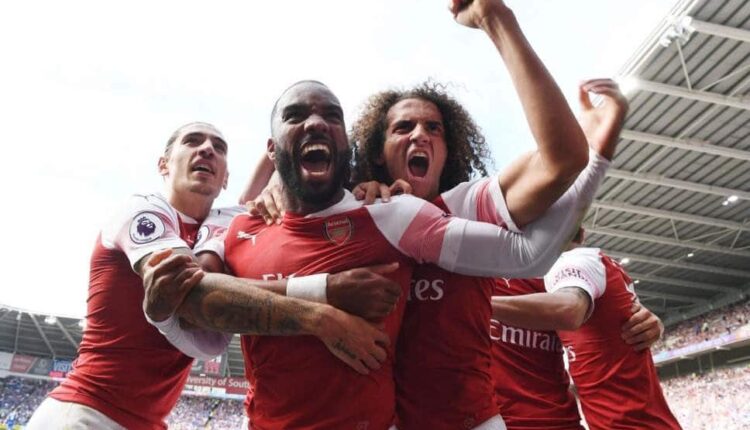 Arsenal clinched a thriller at the Vicarage Road against Cardiff to snatch three points. Manager Emery Unai would be content with the grit shown in the victory and with the attacking display but poor defending at times will add cracks to his forehead.

Arsenal enjoyed 74% ball possession and played 635 passes, compared to 233 passes of Cardiff. Clearly, the Gunners saw more of the ball. Cardiff had 14 shots (3 being on target) and Arsenal had 17 shots with 11 being on target.

Arsenal defender Mustafi handed them an early lead at the 11th minute as his powerful header met Xhaka’s corner to find the net with perfection. However, his ‘Albanian Eagle’ celebration can cause punishment from the FA as it has a display of political symbolism.

Xhaka's corner finds Mustafi in the box, who gives Arsenal the lead with a powerful header. 1-0 pic.twitter.com/zb636r5uHV

My favourite thing about that goal celebration for Mustafi's goal was Lacazette slapping him so hard it hurt… pic.twitter.com/x6L4c8r04P

2 minutes into the stoppage time after the regulation 45 minutes in the first half, Camarasa equalized for Cardiff to score Cardiff’s first PL home goal this season as he fired into the top of the net. Xhaka was mainly responsible to give away the ball that led to the attack to the goal against sloppy Arsenal. Joe Bennett’s calculated cross from the left was the feeder of the goal.

Aubameyang restored Arsenal’s lead at the 62nd minute with a gorgeous humdinger from a Lacazette assist.

Aubameyang with a gorgeous strike to restore the lead for Arsenal. 2-1 pic.twitter.com/mEIbUaRgpT

Cardiff leveled terms once again as striker Danny Ward scored at the 70th minute. As Sean Morrison headed the ball for Ward, the forward scored from a fantastic header to nod in off the net.

At the 81st minute, Lacazette put his name into the scoresheet with a thunderous strike to the top of the net as Torreira fed him.

If your striker doesn't have good celebrations, your striker is not prepared to score. All praises due to Lacazette and obv his barber. pic.twitter.com/6GZ1lAK5nN

For Cardiff, Camarasa was the best player. Reid also stole the show. The Bluebirds fought valiantly as they did not allow the Gunners to dominate the space much.

Lacazette has now been directly involved in 10 goals (8 goals and 2 assists) in his last nine starts for the London club. Torreira was outstanding once again with 100% passing accuracy (26/26 passes), 33 touches, 3 tackles, 1 dribble, 1 interception, and 1 assist.