Pep Guardiola Was Fined For ‘Act Of Defiance’ Over Yellow Ribbon 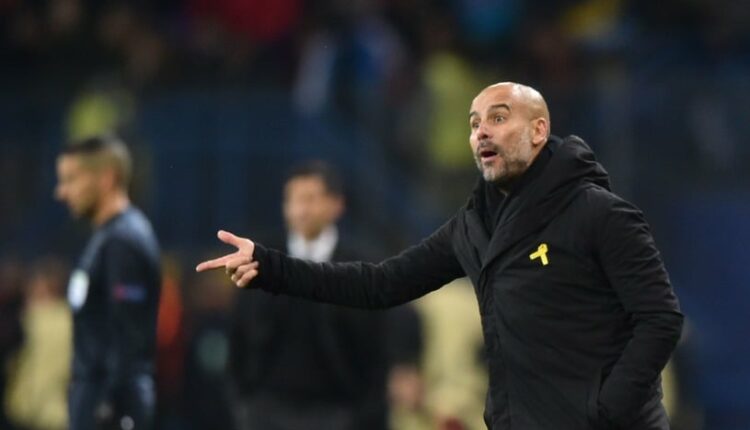 Manchester City manager Pep Guardiola was continuously wearing the yellow ribbon as the ‘act of defiance’. As a result, he was fined £20000 due to wearing it in the match against Wigan Athletic in the fifth round of FA Cup. Football Association of England had repeatedly asked Guardiola not to wear yellow ribbon in the time of the match.

Pep Guardiola wore the yellow ribbon to show his support towards two imprisoned Catalan politicians. They were fighting for the independent Catalonia. But, the Spanish Government put them into the jail with a non bailable offense. After that incident, a movement was started to wear yellow ribbon to show support towards the independence of Catalonia from Spain.

Guardiola was fined by the Football Association of England as it was clearly a political message. Football Association of England do not allow any political message in the time of the matches under their control. They have warned Guardiola formally too many times; but it was of no result. So, he had to be fined for breaching the rules. Manchester also fined due to poor conduct in the match against Wigan Athletic. The Argentine star striker Sergio Aguero smacked in the face of one of the Wigan Athletic supporters. It was one of worst performances of Manchester City in the match against Wigan Athletic in the fifth round of FA Cup. Manchester City were out ot the FA Cup following a 1-0 defeat against the Championship side.

Pep Guardiola also wore the yellow ribbon in the match against FC Basel in the round of 16 clash of UEFA Champions League. But the European Football Association do not have such a rule over political message. So he was not charged for wearing it in the match against FC Basel. Manchester City are now on the verge of winning the Premier League. They are only 2 wins away from winning the first Premier League under the management of Pep Guardiola. They will face Liverpool in the quarter final of UEFA Champions League within few days. In this circumstances it will not be wise for Pep Guardiola to make things complicated with the political message.

Apple iPhone SE2: Looks and features is a rumor or a proper fact?