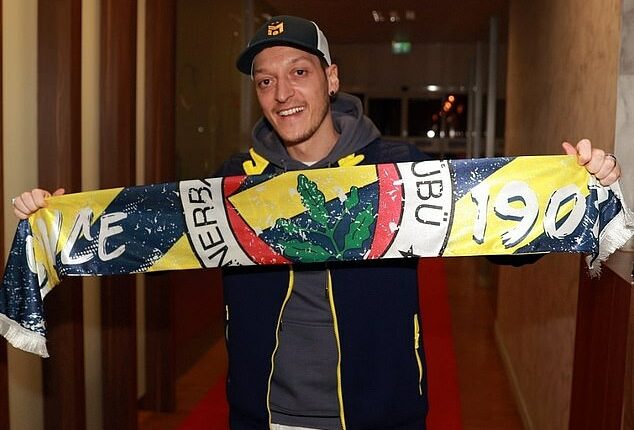 Arsenal’s turned-outcast German midfielder Mesut Ozil was in serious talks to join the Istanbul club Fenerbahce and rumored to sign a three-and-a-half-year deal with the 19-time Turkish champions throughout December and January.

It just took Ozil 11 minutes to score his debut goal for Arsenal with a 3-1 win against Sunderland, it was his way of saying big things are coming their way!

Arsenal supporters or more commonly known as ‘Gunners’ will treasure memories of watching Mesut Ozil at his brilliant best, as he leaves the club for Fenerbahce having not featured at all since March 2020 and was left out of its English Premier League and Europa League squads at the start of the season. The German world-cup winner leaves a rather complex legacy after eight years of highs and lows. During his time playing in England and the Premier League, Ozil managed to win the FA Cup four times and made 254 appearances in all competitions.

The German midfielder moved to Arsenal from the Spanish giants Real Madrid in 2013 for a then-club record fee of about £42 million ($57 million), Ozil played an important role under Arsene Wenger in ending Arsenal’s trophy drought, winning the FA Cup in his first season and is the highest-paid player in the Premier League club’s history.

His final appearance for the Gunners resulted in a victory over West Ham before the COVID pandemic saw football come to a standstill a year ago in March. Ozil since then has not played for Arsenal and his stated deal on a weekly salary of £350,000 ($475,000) was set to expire at the end of the current season.

The transfer to Fenerbahce was confirmed on 24th January by both the clubs on their social media and now we all hope to see the ‘Assist-king’ and the Turkish giants make their way into the champions league.

India’s Cryptocurrency: people faced scams once again due to the emergence of nefarious cases of cryptocurrency