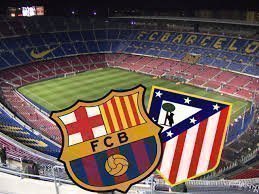 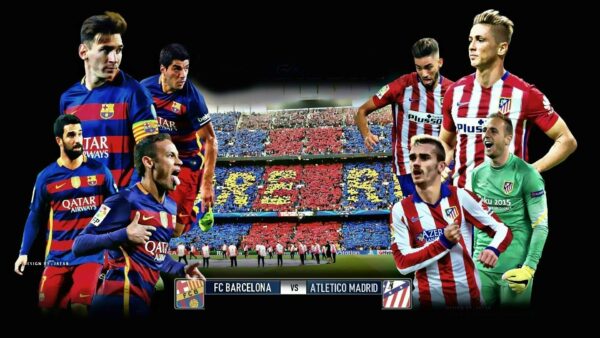 The match had started with Barcelona leading the League Table with 5 Points from the second-placed Atletico Madrid. A win or draw for Atletico at Nou Camp against Barcelona could have still kept the La Liga alive. So, they started the game, as usual, defending deep against the mighty Barcelona side. Barcelona was trying to play their free-flowing football from the beginning of the match. Their manager Valverde had taken the positive approach in the match with playing attacking midfielder Philippe Coutinho in place of defensive-minded Brazilian midfielder Paulinho.

The Catalan Giants had created plenty of chances. They had the majority of ball possession throughout the whole match. Atletico Madrid players were physical and playing destructive football to unsettle the rhythm of the opponents. The strategy of Diego Simeone had worked too. Thomas Partey and Gabi were able to dismiss the attacking threats of the Catalan Giants for the first 25 minutes of the match. But they have to deal with the occasional runs of Messi, Coutinho, and Iniesta. There were fouls and desperate tackling for every ball present from the Atletico Madrid defenders. Barcelona got a free kick from the edge of the penalty box at the 26th minute of the match and Lionel Messi’s spectacular kick had given the I lead in the match to the Catalan Giants. It was Messi’s third free kick goal in three consecutive matches and also the player’s 600th Goal for both the club and country in all competitions.

Just after the free kick, Messi was shown a yellow card for a foul against Filipe Luis. The game was physical all over. Andres Iniesta had to be taken off at the 36th minute of the match following a hamstring injury. He was replaced by Andre Gomes. The first half had ended with Barcelona leading with 1 Goal margin against Atletico Madrid at Nou Camp.

In the second half, Diego Simeone seemed to be desperate to get a Goal. He brought Angel Correa in for Sime Vrsaljko who was already on a yellow card and Kevin Gameiro also came in for the defensive midfielder Gabi. Both the moves were attacking ones and Atletico Madrid was trying to make a come back in the match. Barcelona was also getting several chances to open up the defense of Atletico Madrid in occasional counters. So, Lucas Hernandez was brought in for Filipe Luis to strengthen the defense of the Madrid outfit. Diego Costa was trying to use his physical presence up front and had created a brilliant chance for Kevin Gameiro at the dying moments of the match. Gameiro also netted the ball but the goal was disallowed as Costa was slightly in an offside position while receiving the ball. Barcelona had survived the last few moments of attacking intents from Atletico Madrid and pulled off an important win at Nou Camp.

The win had kept The Catalan Giants 8 points adrift of the second-placed Atletico Madrid with 11 matches to play still in La Liga. They will face Espanyol next in La Liga before facing Chelsea in the second leg of the round-of-16 clash in Champions League at Nou Camp.

Manchester City Got An Easy Win Against The Disoriented Chelsea Side