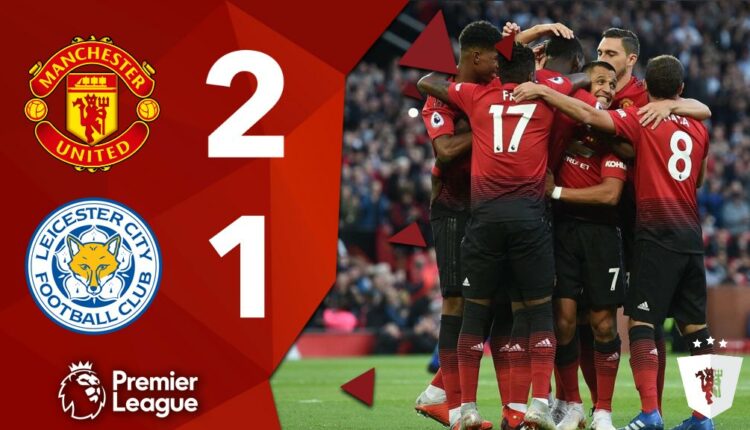 After perhaps the most unhappening transfer window in last five years and a gloomy pre-season, Manchester United have finally managed to make their supporters smile as they started their English Premier League campaign with a victory over Leicester City. The 2-1 triumph not only got the Red Devils full three points to see them at the top of the table but also brought the smiles back at Old Trafford.

Paul Pogba who was looking for a move away to Barcelona was handed the captain’s armband and the new captain churned out a commanding performance in the middle of the park. Pogba handed United the lead at the 3rd minute after the Frenchman converted from the spot. United left-back Luke Shaw scored his first goal club at the 83rd minute to hand a 2-0 lead over the Foxes. Jamie Vardy managed to pull one back at injury time (90’+2 minutes).

Shaw was Sky Sports’ Man of The Match

The best thing about United’s game was free flowing central midfield and a stellar performance from the Centre-back pair of Victor Lindelof and Eric Bailly as the duo proved why they are the best defensive players for the Red Devils.

Andreas Pereira was impressive too, with most interceptions, third-most touches, third-most completed passes, second-most completed long balls, and second-most tackles. Brazilian Fred made a decent debut with 100% tackles won, 92% pass accuracy, 48 passes completed, 3 interceptions and 3 blocks. Pogba was a class apart in the midfield with his stats reading: 1 goal, 91 touches, 54 passes, 100% long pass completion, 11 duels won, 2 tackles and 2 interceptions. Alexis Sanchez was poor again, now he looks like a shadow of the player United bought, as he lost possession more times (23) than any other Manchester United player against Leicester.

United finished the last season as the Runners-up and in the very first match of the Premier League this term, they proved their mettle again.

Take a look at the highlights