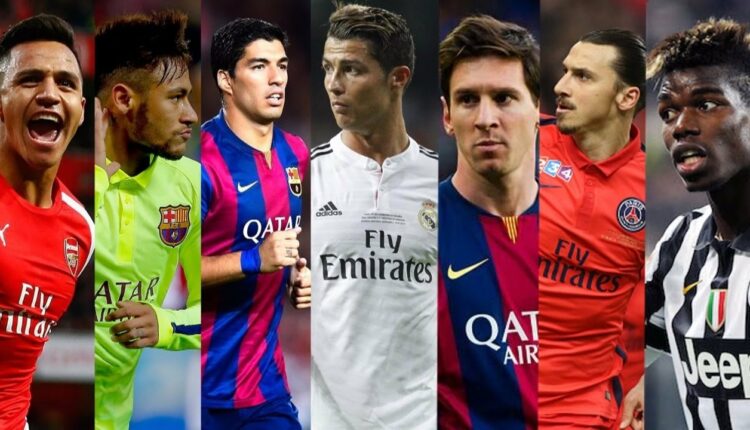 It is been a day or two as the greatest of all time, Cristiano Ronaldo signed Juventus as he left his former club Real Madrid for a €100 million. However, as the numbers are increasing day by day, it is very likely that Ronaldo will not be at the top of the list of the combined transfer fee.

Cristiano Ronaldo’s transfer fee might not set yet another record for him but is sure that he increased his worth just with his age.

This is not the first time as the barrier of €100 million is broken as Gareth Bale, Neymar, Paul Pogba, Ousmane Dembele, and Philippe Coutinho Kylian Mbappe have all reached the same.

However, when it comes to cumulative transfer fees of all time, Ronaldo is the second spot just after Neymar, as the last transfer from Barcelona to PSG kept Neymar in the top spot.

Here is the list of top 10 footballers in accordance with their all-time cumulative transfer fee.

*The list above only includes the net transfer fees, as it excludes all the add-ons and incentives.

As the transfer fees are increasing every day, it is pretty sure that the GOAT certainly not keep his spot after all the transfers this year. The reason behind the same is France winger Mbappe is only €40m (approx) behind and he has all the potential to play for Real this season. Moreover, the rumors are that Real Madrid will aim for this youngster as a replacement for Ronaldo.

Though the Brazilian left winger Counthino is not far behind from Mbappe, he will most likely to play for his current Club Barcelona for this session.

In a word, it can be said Neymar will most probably top this list after all the transfers for the upcoming season, Ronaldo’s place is certainly not secure.

Check the Most Common WhatsApp Problems And Their Solutions