Champions League is back! Kylian Mbappe and Erling Haaland couldn’t have a better start. 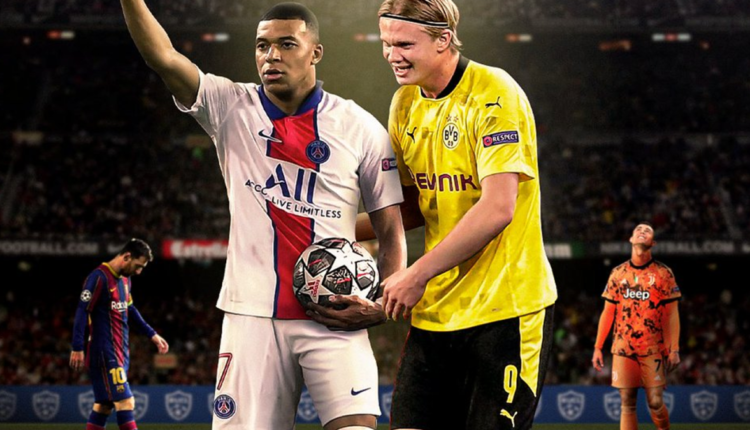 World football has been dominated by the likes of Barcelona’s Lionel Messi and Real Madrid, Manchester United, and now Juventus’s Cristiano Ronaldo for over a decade now. Champions League this season has not been the best commencement for them as both Barcelona and Juventus got washed up. Juventus match with Porto ended with 2-1 loss and PSG match Barcelona ended 4-1. Both Ronaldo and Messi’s teams lost the first leg into the round-of-16.

The 22-year-old Mbappe had a ball of a time against Barcelona in Tuesday’s 4-1 win with his hat-trick performance, Whereas, Borussia Dortmund’s 20-year-old Haaland, netted the ball twice with one assist on Wednesday’s 3-1 win against Sevilla.

Mbappe managed to lead Paris Saint Germain to a victory with a huge margin even with the absence of their primary wingers, Neymar and Angel Di Maria which speaks a lot about the Frenchman.

In a post-match statement by the PSG coach Mauricio Pochettino he reiterates a conversation between him and Mbappe saying: “Kylian asked me, ‘How many times did you win at Camp Nou?’ I said only once, with Espanyol. and then he told me ‘Tonight you will win for the second time.”

Erling Haaland put his team ahead in the 27th minute from inside the area after a nice tiki-taka play with winger Jadon Sancho, then netted another one to the existing 2-1 lead in the 43rd minute from close range.

It was Mbappe’s hat-trick which motivated Haaland to score as he said: “When I saw Mbappe score the hat trick, I got free motivation, so thanks to him,” Haaland said after the match. “He scored some nice goals and I got a free boost from him, so it was nice.”

They are perceived to carry on the Ronaldo-Messi legacy being the young stars of their generation.

Before taking a Gold Loan, keep these things in mind