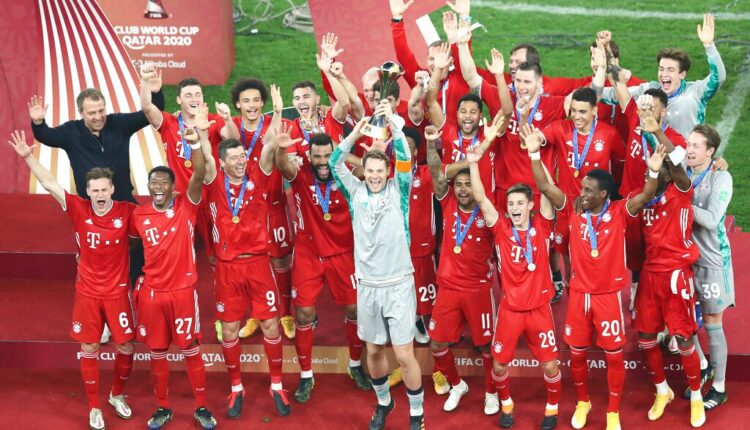 German giants Bayern Munich after conquering Europe successfully conquered the rest of the world yesterday. This year Bayern under Hansi Flick managed to become the Sextuple champions as they won the Champions League, Bundesliga, DFB Pokal, UEFA Supercup, DFL Supercup, and the most recent addition to their collection, The FIFA Club World Cup.

According to Sport star “Thomas Müller wasn’t there to celebrate with the team, though. Bayern and FIFA said he was moved into isolation after his positive test was revealed. Their statements didn’t address how Müller might have been infected or whether any other players had close contact with him.”

Joshua Kimmich almost opened the scoring with a long-range grounded attempt that made the back of the net but, was unfortunately ruled offside by VAR due to a possible last contact with Robert Lewandowski who was behind Tigres’s last defender. Even Leroy Sane had a whiff about the goal as he striked the crossbar at the 34th minute of the game. Benjamin Pavard finally scored the winning goal and the only goal of the match as Germany’s Bayern Munich defeated Mexican side Tigres 1-0 in the Club World Cup final to claim its sixth trophy within a year.

Bayern in 2012-13 almost hit the Sextuple mark with 5 titles including the Champions League, European Supercup, and Club World Cup under the management of Jupp Heynckes. They were short of a DFL- Supercup which they lost to Borussia Dortmund in the finals by 4-2.

Flick took over the club in 2019 after Bayern under Niko Kovac suffered a major 5-1 defeat to Eintracht Frankfurt. Ever since then Bayern has only lost 5 games. They have earned more titles than had losses during that time!

All You Need to Know About Pictionary Game