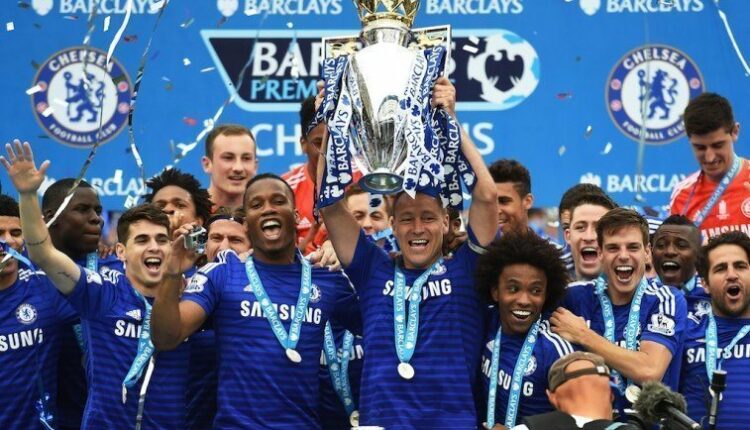 After the Football World Cup and a brief pre-season, the fan favorite English Premier League 2018-19 has hit the ground running from this Friday night. After the first game week, Liverpool have placed themselves at the zenith of the League Table courtesy their 4-0 triumph over West Ham at Anfield. The top 5 clubs, Manchester City, Liverpool, Manchester United, Chelsea, Tottenham kicked off their campaign with expected victories.

Manchester United commenced the first match of this term’s Premier League involving a big team, on Friday night. At Old Trafford, they saw off Leicester 2-1, thanks to Paul Pogba and Luke Shaw strikes. Jamie Vardy scored a late goal for the Foxes.

Three points.
Two goals.
One reason to have that #FridayFeeling! #MUFC #MUNLEI pic.twitter.com/tiENyjWPzx

Tottenham got all the three points against Newcastle at St James’ Park by virtue of Jan Vertonghen and Dele Alli goals.

FULL-TIME: We get off to a winning start in the @premierleague after first-half goals from @JanVertonghen and @dele_official at St James' Park! 💪 #COYS pic.twitter.com/UUtFX7PWrf

Chelsea played to a convincing 3-0 victory over Huddersfield. All eyes were on new manager Sarri and he delivered, as delivered the new signings along with the current players. N’Golo Kante, Jorginho and Pedro scored the three goals to chalk out the winning start to their campaign.

For the first time under the tenure of Jurgen Klopp, the owners invested some money and pundits are considering the Reds as Title contenders. Liverpool were brilliant in their 4-0 victory over West Ham United and dazzled the most among all the clubs.

Four goals and three points. Picking up from where we left off at Anfield last season. 🙌

Manchester City vs Arsenal was the biggest face off in the Premier League game week one. Pep Guardiola’s City, the defending champions started the match as favorites and they delivered. At the Emirates Stadium, they got off to 2-0 win over Arsenal, with the Raheem Sterling and Bernardo Silva goals separating the teams at the score sheet. Expectations were high from the new Arsenal manager, Unai Emery but the Gunners churned out a poor performance.

He loves a goal at the Emirates, does Bernardo! 😆 pic.twitter.com/TtYN4RlZa9

Apart from the stunning goals, the highlights of the first game week were Jurgen Klopp’s goal celebration and Sarri’s cigarette chewing.

What a celebration from Klopp 😂 https://t.co/yR0obDEoeS