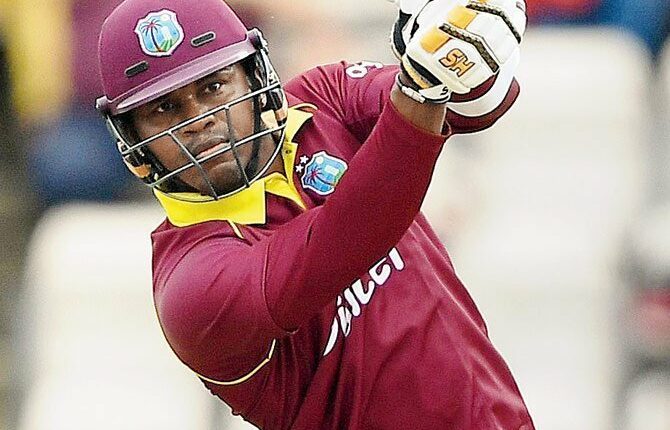 But Marlon Samuels and Hope departed in consecutive overs and then Graeme Cremer picked up two wickets in one over to create tension. Rovman Powell and Ashley Nurse though, stood tall and added 25 runs off 20 balls to bring curtains on the game.

Earlier in the match, Jason Holder’s effective use of the new ball had left the home team tottering at two wickets down for 28 runs. But Brendon Taylor once again rescued his team by playing a fine counter-attacking knock.

He added 76 runs with Sean Williams (34 runs off 31 balls) and 79 runs with Sikandar Raza (22 runs off 33 balls) but lack of runs from the tailenders affected Zimbabwe’s prospects of reaching 300.

Taylor was sublime with his timing and he made good use of batting conditions. In his innings that lasted for 124 balls, Taylor scored 20 fours and also hammered two sixes. West Indies’ skipper Jason Holder was the pick of the bowlers as he grabbed four scalps in his ten overs and conceded only 35 runs. Kemar Roach bowled well too and picked up three wickets while conceding 55 runs.

With this win, West Indies acquire the top spot in the super six stage with one match to go while the defeat has made Zimbabwe’s chances slimmer and now they must win against U.A.E to keep their hopes alive.