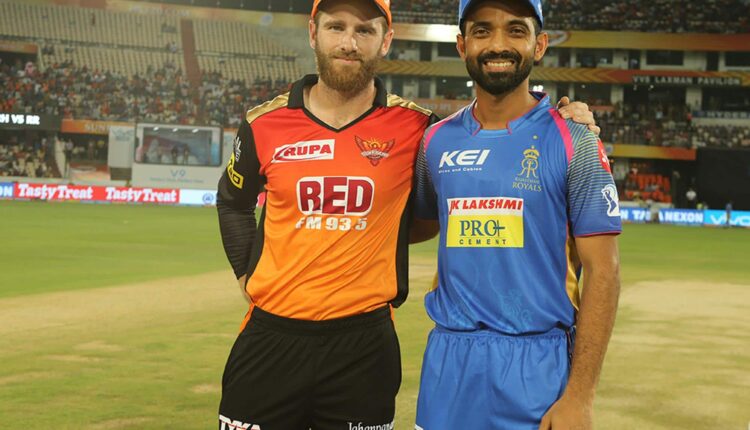 Two teams who lost their first match in the final phase of the game meet each other at Jaipur in search of their first win in IPL 2019. SRH despite their defeat against KKR are a formidable unit while Rajasthan have the home advantage.

So an exciting battle awaits us and not to forget the star studded line-up both teams have. In this interesting IPL match, do watch for these three player battles.

The SRH batsman made a comeback in IPL with a bang. His sterling half-century against KKR proved that he is in sublime form and is looking good to lead Hyderabad’s batting unit.

However in the game against Royals he will face a stiff challenge in the form of Jofra Archer. The paceman is known for his pace variations and smart bowling in T20 cricket.

Given the respective skills of both players, this match-up should be an exciting battle to watch.

Bhuvneshwar Kumar’s reputation as a reliable death over bowler has come under a scrutiny after Russell clobbered him for 21 runs in the first match. Bhuvi will be itching to make amends and will look to put aside those memories by delivering a strong performance against Rajasthan.

But for this he will have to overcome the brute force of Ben Stokes who has a habit of tonking the ball in the stands in the death overs. But does Buttler have enough in him to take on Bhuvi’s accurate death over bowling?

The best vs the best. Buttler versus Rashid will be the highlight of this match. The wicket-keeper batsman is in enormous form and is hammering every other ball in the stands . On the other hand is a leggie who has troubled some high quality batsmen.

Will Buttler take on Rashid or will he prefer seeing him off? Also it will be exciting to see what bowling strategy Rashid has against Buttler.