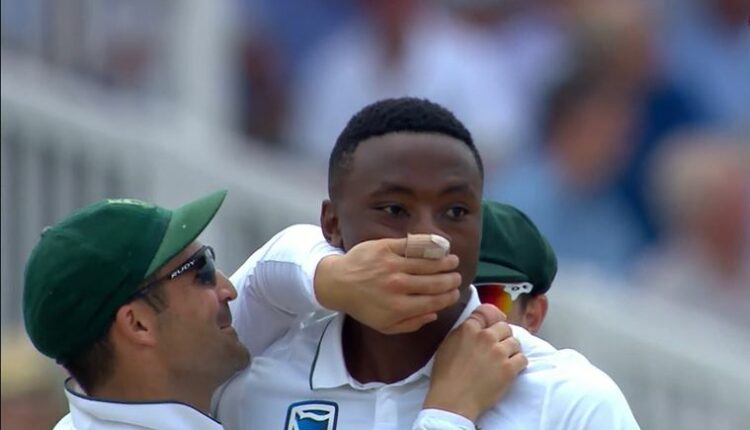 The second Test between South Africa and Australia was a sweet and sour affair for South African pacer Kagiso Rabada as he picked up 11 wickets in the Test but also earned a two-Test ban for his undisciplined behavior.

The pace bowler was hosts’ chief architect of the win as he ripped apart Australia’s batting order and claimed five and six wickets in the first and the second innings respectively. He was also rewarded with the man-of-the-match award for this sterling performance.

But the 22-year-old bowler failed to curb his aggression during the Test and was often found ‘crossing the line’. The first instance of his over-aggressive behavior happened when he got Steve Smith’s wicket in the first innings.

While celebrating Smith’s wicket, Rabada brushed shoulders with Smith and this action was seen by the match referee as an instance of deliberate physical contact with an opposition player. The replays failed to produce a clear picture and it has resulted in the cricket world getting divided into two camps, one considering this act as deliberate while the other group thinking this as coincidence.

However, the match referee Jeff Crowe regarded the act as inappropriate and handed Rabada a two-Test ban for his misconduct. So, the pace bowler will have to warm benches during the remaining two Tests between South Africa and Australia.

Rabada had five demerit points on his name before this Test and with the match, referee finding him guilty of his incidence with Smith; Rabada has earned three more demerit points. According to ICC’s rules, when a player reaches eight demerit points, he is suspended for two Tests.

In the same Test, in the second innings, Rabada gave an animated send off to David Warner after getting his wicket and this action too has come under the scanner. The match referee has charged level 1 offense against Rabada for this behavior.

This update will cause a severe blow to the hosts as with Rabada they lose their ace bowling weapon. The third Test between South Africa and Australia will be played at Cape Town from March 22.