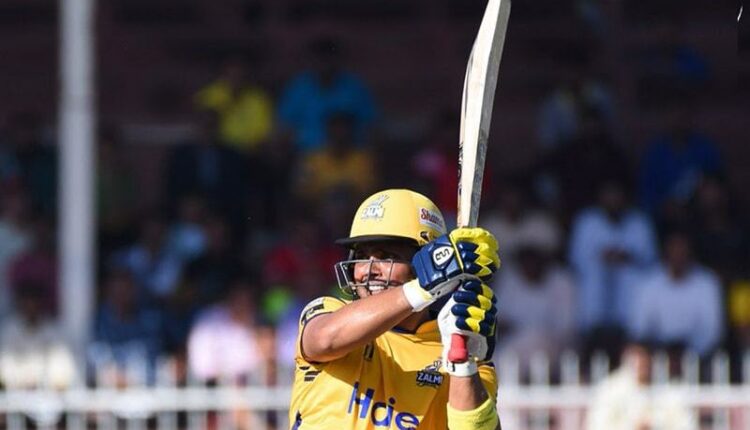 Kamran Akmal ’s strong and sturdy 75 runs off 51 balls and Liam Dawson’s effective bowling of three wickets for 17 runs allowed Peshawar Zalmi to defeat Karachi Kings by 44 runs. With this win, Peshawar registered their fourth win of the tournament and kept their hopes alive.

Batting first, Peshawar received a huge blow in the first over itself as Mohammad Hafeez was castled by Usmad khan on the very third ball of the innings for a duck. Kamran Akmal then steadied the innings by adding 47 runs with Dwayne Smith for the second wicket.

Smith fell for 15 runs in the eight over and five overs later Riki Wessels too departed for just 11 runs. But Saad Nasim (35 runs off 18 balls) and Darren Sammy (36 runs off 15 balls) played vital cameos and stitched important partnerships in no time in the death overs to propel the score to 181 runs.
Usman Khan was highly effective with the ball and gave away just 11 runs in four overs and also picked up three wickets.

Karachi Kings too got off to a poor start while chasing the mountain of 181 runs. Joe Denly and Colin Ingram failed to open their accounts and were both were out for a duck each. Dawson then ripped apart Karachi’s middle order and accounted for Eoin Morgan, Ravi Bopara, and Shahid Afridi.

Morgan and Bopara went back cheaply while Afridi played a cameo of 26 runs off just eight balls with four sixes. After Afridi’s wicket, Babar Azam too perished and with Babar’s wicket, Karachi’s hopes of completing the chase faded away. Babar scored a valiant knock of 66 runs off 50 balls and was fighting a lone battle till 17th over.

Dawson gave away only 17 runs in his four overs and grabbed three wickets. Wahab Riaz and Umaid Asif picked up two wickets each.
This was Karachi’s fourth defeat in nine games and after this game, they stay at number three in the points table.