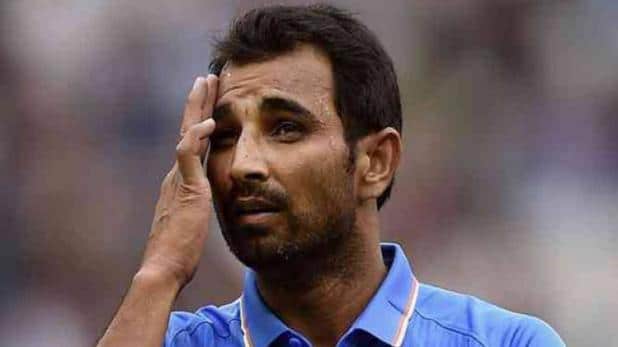 Kolkata Police have begun their investigations against Mohammad Shami after his wife Hasin Jahan lodged an official complaint accusing him of adultery, domestic violence and an attempt to murder.

The police have confiscated Shami’s mobile phone which according to his wife was hidden in his BMW and contains chats with various women. The police will check the mobile phone through forensic testing. They will also conduct tests to verify the credibility of the audio clips which are saved in the device.

The apps used for communication and the network will also be put under the scanner during the investigation.
The police are also keen on knowing Shami’s whereabouts from the past few days. Especially his recent tour of South Africa is in the focus and Kolkata Police have written a formal letter to BCCI to provide details of Shami’s South Africa tour.

According to Jahan, Shami was supposed to return to India on February 16 but on the last moment, he changed his plans and went to Dubai. He then returned to India on February 17, one day later than his supposed arrival. The police have stressed on this point and have asked BCCI to share Shami’s traveling routes and itinerary during South Africa tour.

BCCI so far has been reluctant to give their opinion on this issue and hasn’t responded yet. The police said that they are waiting for BCCI’s response and their future course of action will depend on BCCI’s answer to their letter.

Mohammad Shami, on the other hand, has tweeted his innocence and claimed that his wife has been brainwashed and someone is misleading his wife. He also said that all these allegations are a part of a conspiracy to bring him and his game down.
Meanwhile, efforts from certain family members of Shami to bring out an amicable settlement on this issue have yielded no results so far.