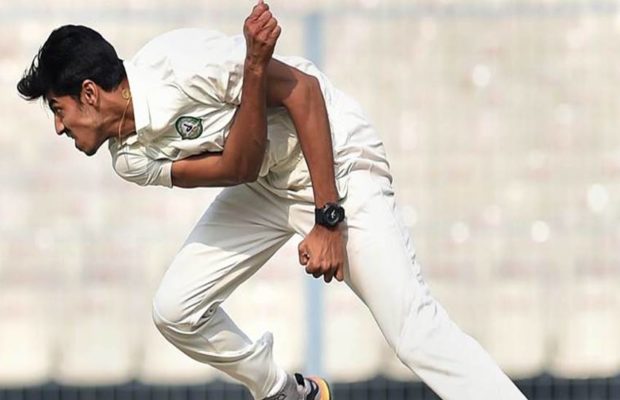 On the fifth day, Hanuma Vihari and Jayant Yadav resumed Rest of India’s fight but their effort was inconsequential with regard to the outcome of the game. Yadav fell on individual score of 96 and the tailenders followed him.

Vihari though kept on hitting runs from the other end and scored a scintillating hundred. He was the last ROI batsman to get out and he scored a valiant 186. Aditya Sarwate picked up three wickets and gave able support to Gurbani.

ROI’s first innings folded for 390 runs which meant Vidarbha earned the decisive first inning lead of 410 runs. Vidarbha then batted for 26 overs in their second innings and scored 79 runs for no loss. RR Sanjay stood not out on 27 runs while Akshay Wadkar scored not out 50 runs.

Vidarbha’s Irani Cup triumph came largely on the back of their experienced campaigner, Wasim Jaffer who scored a masterpiece of 286 runs. Jaffer’s record-breaking marathon inning allowed Vidarbha to bat for more than three days, an effort that pushed ROI out of the game.

Jaffer was supported by Ganesh Satish (120 runs) and Apoorv Wankhede (157 runs). Skipper Faiz Fazal also chipped in with 89 runs. These all-round batting contributions propelled Vidarbha’s total to 800 and almost sealed the game for them.

After posting a mountain of 800 runs, the only thing Vidarbha bowlers had to do was to bowl in the right areas and wait for ROI batsmen to make a mistake. This is exactly what Rajneesh Gubani did on the fourth day. He exploited the new ball as ROI batsmen crumbled under pressure. Gurbani’s four wicket-haul reduced ROI to 98 runs for six wickets at one stage but then the pair of Hanuma Vihari and Jayant Yadav rescued them.